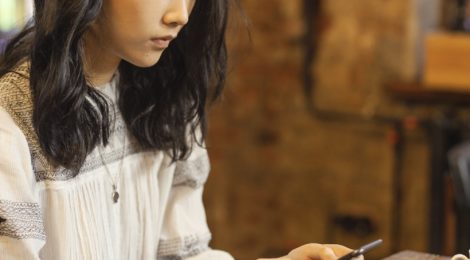 Unapologetically Gone: The Science Behind ‘Ghosting’ on the Dating Scene

Social media and dating apps have revolutionized the way we establish relationships with others, offering accessibility and flexibility that have shifted our ideas about maintaining connections. Unlike other relationships, online dating provides a platform to connect to people outside of direct personal networks, reducing a sense of social responsibility and making it easier to end communication with someone.

Leah LeFebvre, an associate professor at the University of Alabama, provides her perspective on “ghosting”, a phenomenon defined in pop culture as a sudden cease in communication between two people, noting that “Ghosting itself is not just an action, but also an outcome.”

Age and dating trends are relevant to ghosting. LeFebvre’s research has shown that emerging adults engage in ghosting the most. People in this age group are exploring various aspects of their lives related to dating and establishing connections, which include navigating sexual orientation, education, social network, and family connections, factors that are weighed when making the decision to ghost someone. LeFebvre’s research focuses on the impact of ghosting, including its associated mental health challenges. She expands on its definition by stating that communication typically ceases in an attempt to end the relationship and that it can happen through one or more channels. It is often unilateral: there is an initiator (“ghoster”) and a non-initiator (“ghostee”). Thus, it is understood through cause-and-effect, with one person prompting it. Simultaneous ghosting can also happen, in which case, there is typically no ghostee.

Initiators, or ghosters, are often villainized. However, LeFebvre explains that there can be multiple factors that motivate an initiator to ghost, and at times, it may be unintentional. Commonly, initiators engage in ghosting due to convenience. The initiator may ghost to avoid confrontation or to stop investing their time when they are not interested in the relationship. But LeFebvre’s research shows that reasons such as personal safety and preservation of mental health also play a role in motivating a ghoster to end communication with the ghostee.

Ghostees are left trying to understand the motives. LeFebvre says speculation on the possible involvement of an alternative partner is common, whether a former, current, or even future partner. Other worries include concerns about incompatibility, lack of interest around sex and intimacy, or individual flaws. These common intrusive thoughts leave ghostees with feelings of uncertainty, which may lead to engaging in negative coping strategies, such as self-destructive thoughts and behaviour, withdrawing from dating or engaging in social activities, or even taking the position of initiator. Coping can be difficult. For those who have been ghosted, she suggests that normalizing ghosting can help. Acknowledging that ghosting happens to other people and may have little to do with who you are as an individual can reduce the guilt or shame the ghostee may have about the situation or what happened. There can be space to move on, and ghostees can proceed to heal in both the short- and long-term. Physical activity or hanging out with friends, for instance, can promote positive relationships that are immediately beneficial.

LeFebvre emphasizes that there are no winners or losers in ghosting: whether ghosting or being ghosted, no one should feel ashamed. Understanding that ghosting has become common in modern dating makes it is easier to practice self-compassion, and to continue to pursue and nurture new interpersonal relationships.