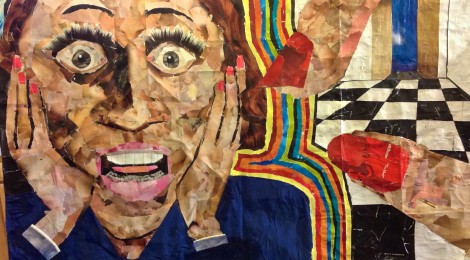 Auditory hallucinations are difficult to treat.  People show a wide range of response to antipsychotics.  And, the medications are associated with negative side effects.  Psychological treatments like cognitive behavioral therapy (CBT) may help one cope with hearing voices, but they are usually not effective in quieting them or reducing their frequency.

An alternative method for voice hearers is a new computer–based approach called Avatar Therapy, developed at the University College London (UCL) by Emeritus Professor Julian Leff and his research team.

Avatar Therapy works as a collaborative process.  With the therapist, the patient constructs a digital representation of the face and voice that best suits one of their heard voices.  The therapist speaks as if they are one of the patient’s persecutors, and this speech is synced with the movement of the avatar’s lips, allowing for the patient to confront a simulation of their auditory hallucination in real time. Patients have the opportunity to enter into a dialogue with their voices and learn how to gradually take control of the hallucinations.  By giving invisible and often menacing entities a face, these experiences can become easier to confront.  The therapeutic process allows for a safe space where the patient may practice  standing up to their voices in preparation for when they occur.

While research into Avatar therapy’s efficacy is limited to one pilot study, the results show promise.  After engaging 17 patients (who had not responded to medications) in up to seven 30 minute sessions of the therapy, patients experienced a significant reduction in the frequency and intensity of auditory hallucinations.

Also noteworthy is the abrupt cessation of voices in three of the patients who reported having experienced auditory hallucinations for 16, 13, and 3.5 years.  A follow up with these patients confirmed this cessation had continued three months after the pilot study.  Patients also experienced a decrease in depression and suicidal thinking; encouraging results, since depression is often seen in cases of schizophrenia, and 1 in 10 of those diagnosed attempt suicide.

Patients were also given an MP3 recording of the conversations with their avatar from all the therapy sessions.  They were encouraged to listen to the recordings whenever they were feeling harassed by the voices.  This may have also contributed to their continued improvement. Despite these preliminary results, Leff and his team caution that this approach may not be for everyone.  The study began with 26 patients, 9 of which dropped out.  The researchers attribute this drop out rate to the fear instilled in the patients by their voices and the threats uttered by them.

If this treatment is to have any effect, the patient must first be able to exercise a certain degree of tolerance over the voices, and be willing to manage the distress they produce.  That said, another obstacle Leff and his colleagues face is working on ways to help patients develop stress management skills, so that more individuals may benefit from this approach.

The method may even open doors for further innovations in treatments for voice hearers, approaches that venture towards listening, understanding, and confronting one’s voices rather than suppressing them.