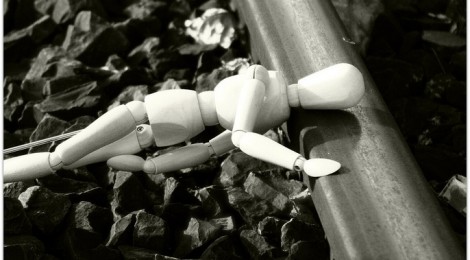 The suicide of a celebrity comes as a shock to fans. In the wake of Robin Williams’ death, there was an outpouring of grief. But suicide, like many aspects of mental health, varies across cultures. In October 2008, one of South Korea’s leading actresses and national icons, Choi Jin-Sil, hanged herself.

The importance of honour in Korean culture is evident throughout Choi’s story. She often spoke of the stigma of being a divorced, single mother in the public eye, which a national entertainment columnist likened to having a personality disorder. The divorce itself was a result of domestic abuse, yet a court cited Choi’s “failure of her contractual obligations” and inability to “maintain dignity and proper social and moral honour” in its ruling.

Choi’s death was only the beginning. It led to a wave of sympathy suicides in 2008, causing a 70% increase in suicides that October. In March 2010, Choi’s younger brother killed himself by hanging, and her ex-husband also hanged himself in January 2013. This rash of suicides is exemplary of a common Korean belief: Psychological treatment is viewed with skepticism. An interview with Kyooseob Ha, a psychiatrist with Seoul National University of Medicine, describes how Koreans are averse to seeking therapy, even for severe depression. Admitting to depression is seen as a character failure, shameful to the family. It is often concealed.

The same cultural norms dictate that preserving family reputation is paramount. Families asked about their loved ones who suffered from depression and committed suicide do not wish to speak about it. A common saying, “do not kill the person twice,” means that even if the person is gone, his or her “public face” can still be ruined.

Psychologist Hyong-soo Kim at Chosun University says this public face holds such sway that even in cases where people choose to see a therapist, Koreans will pay in cash to avoid their insurance companies finding out.

Research by psychiatrist Dae-hyun Yoon, at Seoul National University and the Korean Association for Suicide, shows that Koreans are more likely to seek the aid of a priest, psychic, or room salon (where a female bartender or hostess will listen to problems) than a professional therapist. Westernization hasn’t extended to mental health.

At the same time, Korea’s depression rates continue to rise and 80-90 percent of suicides are related to depression.

Refusal of professional treatment, along with wide public acceptance of suicide may be why South Korea was ranked by the Washington Post in 2010 as having the world’s highest suicide rate (in 2014, it ranked third-highest, following Greenland and Lithuania).

This has motivated South Korea’s government to develop intervention programs such as jump-barriers on bridges, glass doors along subway platforms, and 24-hour government-funded suicide hotlines. Though progress has been slow, some Koreans believe the traditional mindset to be flawed. Currently, the Korean government is increasing funding for mental healthcare and suicide awareness. Online monitoring has led to the closure websites that encourage people to kill themselves. Gramoxone (a pesticide that was a common means of committing suicide) is now banned in Korea. And an expanded state pension system, as well as aid from major corporations, are giving less fortunate individuals the ability to access mental health services they could not previously afford.

Turning traditional ideals on themselves, public service messages now emphasize that the shame of a loved one committing suicide outweighs whatever circumstances led them to consider suicide in the first place. They focus on the idea that honour can be regained by living.

Local therapists know first-hand the values and lifestyles of their clients, and culturally based therapeutic approaches are key to curbing South Korea’s suicide rate. In a country where honour is tantamount to life, solutions must build on tradition, not break it.

← Artful Anxiety
Where Is My Mind?” →