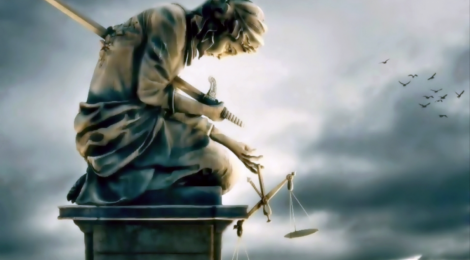 Was he “insane” or not? That is the question jury members in Erath County, Texas addressed, on February 25th, 2015, during three hours of deliberation in the Eddie Ray Routh case.

Routh, a veteran of the Iraq war, was convicted of murder after he shot two fellow veterans, Chad Littlefield and Chris Kyle, who was famously known as the most prolific sniper in American history and whose memoir inspired the blockbuster film, American Sniper. Kyle, who worked to help veterans cope with post-traumatic stress disorder (PTSD), was asked by Routh’s mother to see if there was anything he could do for her son. When Routh, Littlefield, and Kyle went to a shooting range—a routine practice used by Kyle to help veterans ‘blow off steam’—Routh opened fire, killing both men.

Routh’s defence lawyers pursued an insanity plea, citing a diagnosis of paranoid schizophrenia as the reason for his actions.

According to section 8.01a of the Penal Code of Texas, an individual may successfully plea not guilty by reason of insanity if evidence proves that at the time of the incident, the accused, as a result of “severe mental disease, did not know that his conduct was wrong.” Citing a police interrogation that took place after the incident—not before, as outlined by law—where Routh answered that he knew what he did was wrong, prosecutors argued that the defense was invalid. The jury agreed, and Eddie Ray Routh was sentenced to life in prison with no chance of parole. The case was widely publicized for its duration, which coincided with the release of American Sniper. The film was highly acclaimed and portrayed Chris Kyle as a hero, especially for the townspeople in Erath County. Typically, when a jury from a particular area is likely to be biased, it is common practice for defence lawyers to move the trial outside the district in which the crime was committed. In Routh’s case, this motion was denied, despite some jurors even admitting to having seen American Sniper before making their decision.

Routh was diagnosed with paranoid schizophrenia by a psychiatrist prior to the incident at the shooting range. His medication was found when police raided his home. According to Routh’s family and friends, he had also experienced episodes of aggression, irritability, suicidal thoughts and attempts, and psychotic episodes. These episodes consisted of extremely erratic delusions ranging from vampires and werewolves, to him believing he was God and Satan.

But the insanity exclusion in Texas does not take a holistic view of an individual, instead using narrow and limiting language to define insanity. While Routh may have agreed that his actions were wrong after the event, there is no way to know what he was experiencing throughout. And if his previous psychotic episodes are representative, he may have been psychologically removed from reality at the time of his actions, possibly believing he was acting to save his own life. Some argue that Routh and others like him should still be held responsible for their actions, despite their mental health problems. But, what many do not understand, is that being found not guilty by reason of insanity does not mean the individual walks free. In many cases, such a verdict could lead to extremely long detention in a psychiatric institution, where individuals are kept under close watch as they undergo treatment for their disorder.

In refusing to accept Eddie Ray Routh’s insanity plea, the Texas legal system is doing more than just punishing an individual who may not have been aware of his own actions, they are also denying treatment to a seriously ill person. At this rate, many mentally ill individuals will continue to be punished for actions they did not intend or understand, never receiving treatment and never having a chance to recover.

← The Grant Optimist
Art Therapy and the Mind/Body Connection →