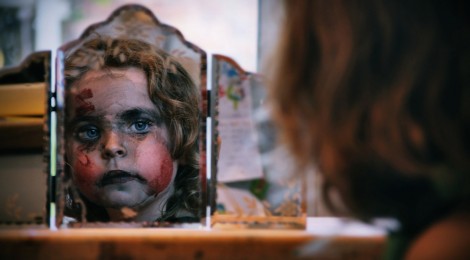 Plastic Surgery to Cope with Bullying?

Looks matter. Focusing on appearance is nothing new. And the growing popularity of plastic surgery has, to some extent, normalized changing our bodies to fit our ideals.

But how do we understand the limits, especially where children are concerned?

In 2014, fifteen-year-old Renata underwent nose and chin surgery to put an end to the constant bullying she was facing at school.

The teasing had become so bad that Renata was homeschooled for three years. And while she says that she is happy with the end results, there was great concern raised at the time by parents, health professionals, and the public over the surgeries.

Experts are split on whether children can benefit from undergoing plastic surgery to avoid bullying. But it should be acknowledged that Renata’s story is not that uncommon. Fouteen-year-old Nadia Ilse, as well as 7-year-old Samantha Shaw, both had surgery to pin back their ears in response to bullying. They had the operations done for free by the Little Baby Face Foundation, a non-profit organization dedicated to correcting facial deformities of children from low-income families. Founder Thomas Romo tells NBC News that such procedures can have a positive impact on a child’s functioning:

“You take a child, and you change the way they look. To anybody who sees them, they’re good looking. That gives the child strength. We can’t go after the bully. But we can try and empower the children.”

A study by the Department of Psychology at the University of the West of England supports the idea of this kind of surgery, which can have a positive impact on mental health. In a pre- and post-operation comparison of 51 plastic surgery patients and 105 general surgery patients, the plastic surgery group experienced a greater decrease in their depression and anxiety.

But the extent of these positive results is questionable.

Over the course of 13 years, the Norwegian Social Research Institute studied body satisfaction in over 1,000 adolescent females, 78 of whom underwent cosmetic surgery. They found that although satisfaction with the specific body parts that were operated on increased, overall body satisfaction did not improve. Furthermore, participants who underwent cosmetic surgery had an increase in depression, anxiety, and substance abuse compared to those who had no surgery, suggesting that the positive mental effects of plastic surgery are localized and short-lived. Child psychologist Nava Silton also tells Fox 9 News that plastic surgery could be covering up underlying emotional or mental health issues that a child might have, such as low self-esteem. Unaddressed emotional issues could lead to a plastic surgery addiction in adulthood.

Currently, there is no pre-surgery screening process for mental health issues. The American Board of Plastic Surgery (ASPS) recommends children only have plastic surgery if they understand the benefits and drawbacks, do not have unrealistic expectations, and initially requested the plastic surgery themselves. Yet media personality Laura Schlessinger questions a child’s ability to demonstrate such qualities, noting the importance of parents in guiding their children towards better decisions:

“Children, by virtue of their lack of maturity, may have exaggerated notions of how these procedures will improve their lives.”

Still, Renata insists that surgery was the right choice for her—one that she says boosted her confidence enough to return to school.

Children of different ages and different cognitive abilities vary in their ability to appreciate what they are getting themselves into, but wherever possible, it’s important to help them be realistic about the anticipated consequences of a surgical procedure that will change them permanently.