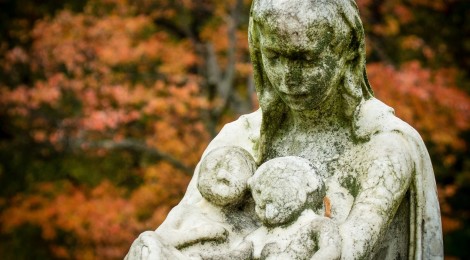 It seems so paradoxical. After all the stress, paperwork, home assessments, and expenses that go into adopting a child, the final approval ought to be a time of joy. But for many new adoptive parents, that is not the case.

Post-Adoption Depression Syndrome (PADS) was coined by June Bond in a 1995 article and has since gained traction within the mental health community. In 2009, the Journal of Affective Disorders reported that, in a study of 39 adoptive mothers, 15 percent were experiencing depression six weeks post-adoption. Other studies have found that as many as 65 percent of adoptive parents experienced some level of post-adoption depression.

The U.S. Administration for Children and Families outlines a number of warning signs for PADS, such as depressed mood, irritability, loss of energy, excessive guilt, feelings of powerlessness, and thoughts of death or suicide.

But unlike postpartum depression, Post-Adoption Depression Syndrome cannot be attributed to changes in hormone levels. So then what is the cause?

Karen J. Foli, a Purdue University nursing professor, interviewed 21 parents whose adoptive children ranged in age from newborns to twelve-year-olds. Her research suggests that the unfulfilled expectations of the parenting process can trigger PADS. Adoptive parents tend to have high expectations of themselves and their parenting abilities. In an interview with the New York Times, Foli noted that throughout the adoption process, parents try to prove that they are not just going to be OK, but a ‘super-parent’:

“But there is no perfect parent, yet there is that disconnect between what you expected to happen and what does happen.”

Depression occurs when adoptive parents feel ashamed of themselves for struggling, after spending months, or even years, trying to prove their capabilities to social workers and adoption agencies.

A common unmet expectation pertains to attachment. Early life experiences and the quality of those experiences are essential for parent-child bonding. Children in the adoption system rarely get the necessary attention and affection they need. Unless they are bringing home a newborn, adoptive parents usually miss out on these critical years, and attachment and bonding may not feel as natural or substantial, making some parents believe they have failed in caregiving.

Another issue is that mothers must quickly adapt to ordinary—often monotonous—routines. After a long and complicated adoption process, there are no more deadlines, court dates, or visits by social workers. For many adoptive parents, the day-to-day lifestyle of diapers, dishes, and laundry can become tedious.

Although more prevalent among mothers, Foli states that Post-Adoption Depression also affects about 10 percent of adoptive fathers. She notes that men usually deal with their depression through hostility rather than low mood and isolation. For that reason, gender differences should be considered when assessing and treating adoptive fathers for PADS. If left untreated, depression can become extremely dangerous for both parents and child. One woman described her experience while shopping at a Target store:

“I thought about leaving her in the basket and walking away. I just knew that a better mother would find her and take better care of her and give her the love she needed that I just couldn’t seem to give.”

Guilt and confusion surrounding these feelings contribute to a reluctance among adoptive parents to seek treatment. They may also fear having their child taken away if they are diagnosed with depression, leading to delayed treatment or no treatment at all.

Speaking to a psychologist, family physician or counselor can help parents work through their depression. Resources such as support groups and on-line forums, like Attach.org and PostPartumProgress.com, are becoming increasingly popular as community support systems.

PADS is still an under-recognized phenomenon. Adoptive parents continue to fear disclosing their symptoms to medical professionals and the rigors of the adoption process continue to pressure individuals to set unreasonably high parenting standards. Without recognition of this problem, families who adopt may continue to suffer in silence.

← One of my turns
Break the Silence →