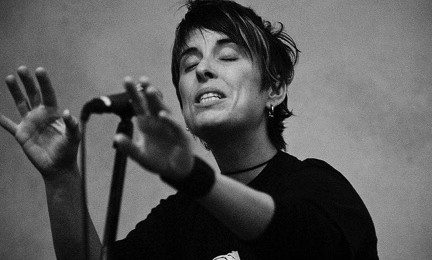 ‘Trellis’ documents the agony and trauma of young girl reacting to her friend’s sexual assault. The poet, Andrew Gibson uses vivid imagery and rhetoric to capture the narrator’s anger and suffering, which continues to persist twenty years after the abuse. Gibson’s poem is a powerful reminder that trauma following sexual abuse not only haunts the victim, but loved ones as well.

There is a reason my body creaks like a closing casket
every time I fuck with the lights left on.
It is the same reason my friend
sets fire to photographs of birds
and follows the smoke with pleading eyes.
We’ve both had years when the Phoenix didn’t rise,
when we slept in beds of cindered feathers
and held hollow ashen beaks the way the other kids hold ice cream cones.
I suck the bones of a songbird’s rotting wings
and you think your pills are going to fix me, doctor?
You think I’m going to chase this down with water?

The shame as loud as his next girl’s nightmares.
I tied my tongue like a ribbon in my baby sister’s hair,
like a bow around a gift I gave to my mother and father
and my silence equaled every christmas morning we were still happy and grateful,
but my silence was also his next girl’s eyes,
fallen like timber when no one chose to hear her roots ripped up,
her ground eroding to the din of an old man’s zipper.

20 years later I wake in damp sheets,
my body trembling to the ghost of her voice
cracking like a frozen lake and I don’t even know her name.
I never saw her face.
Only heard the rumor that he moved on to the hemorrhage of another perfect thing, And now here I sing through cinder,
through microphones raised like white flags in war zones,
through poems dug from my throat like fishing hooks from pier.
I look back at my voice lowered to half mast,
how he must have stood there with his dirty hand on his dirty heart
laughing like a broken levy as his next girl woke with body bags beneath her eyes
and enough shame in her gut to give the hurricane her own name.

If I could see her face,
if I could face the eye of her storm,
how would I ever tell her that I speak for a living?
Would I offer my own wounds as condolence?
Would I say his claws carved me animal?
Would I say at 14 years old I threw my bloody fist
into my boyfriends face ‘til his eye swelled shut
and his tears turned crimson and his jaw cracked,
‘til I was finally convinced his hands were not every man’s hands?
Would I tell her I have stood beneath street lamps
waiting for the swarming flies to identify my body as carcass,
to swallow every cell of salt and leave nothing behind
but the trellis of my untouched bones?

I remember the fault line in the corners of his eyes,
the way he shook hands with my father,
the look on his face beneath the swollen sun,
even his shadow looked guilty.
The concrete made crime scene by his touch.
Would I tell her this?

Would I ask if she has ever outlined her own body in chalk?
Is there yellow tape in your top dresser drawer
for the night when your true love’s kiss is an anthem to a dead country,
and you find yourself with rope burns around your neck,
begging the bodies of stranger to not respect you in the morning?

In the morning I shovel my blood from the white snow.
I wipe my frantic breath from the window
and I bind my breasts so that something will hold my breath
so tight not even the air in my lungs could be identified as woman.

Woman are you a carbon copy of myself?
Is there a boy inside you painting yourself with the cells of charcoaled feathers?
So you will never again glow in the dark the way girls do?

Woman if I knew your name,
if I could face the eye of your storm in the warning
locked in my voice box that never came
would I tell you all of this and after that
would I find the nerve to admit that even if I could
I wouldn’t take my silence back?