Do you want weekly updates about our content? Subscribe here:
Browse: Home   /   2016   /   January   /   MDMA-Assisted Psychotherapy a Promising Approach for PTSD 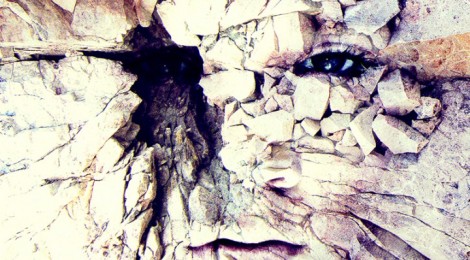 A victim of prolonged physical and sexual torture at the hands of her father, Brenda (name changed) was suicidal for thirty-five years. Her life was dominated by post-traumatic stress disorder (PTSD)—a debilitating anxiety condition in which the person psychologically re-experiences the traumatic event.

Although she was in treatment, Brenda did not gain relief until she participated in MDMA-assisted psychotherapy, a program undergoing phase two clinical trials for sufferers of PTSD. Held in Boulder, Colorado, this research is part of a series of studies that evaluate MDMA as a therapeutic support.

Traditional psychotherapies for PTSD often involve exploring memories of the traumatic event, and the client is helped to tolerate feelings associated with the trauma. When therapy is successful, fear is reduced, and the client better appreciates how the threat of the original trauma is no longer present.

But many clients, distressed by their traumatic memories, become emotionally numb and disengaged from therapy. MDMA is a potentially powerful adjunct to psychotherapy because it can help overcome clients’ resistance to exploring the trauma.

In one phase two trial, led by psychiatrist Michael C. Mithoefer in Charleston, South Carolina, twelve participants diagnosed with PTSD received MDMA. MDMA is a synthetic compound that increases the release of oxytocin and prolactin, hormones that are associated with trust and bonding. It decreases activity in the left amygdala, a part of the brain that is associated with fear. It also releases the brain’s stored serotonin, a chemical involved in mood. Because of the impact it has on the neurochemistry of the brain, MDMA can increase empathy and decrease fear, without inhibiting the client’s awareness of their emotions or sensory experience.

MDMA is often associated with ecstasy, a party drug that contains MDMA. Its connection with an illicit drug, however, did not deter Brenda from trying the experimental treatment. She told Marie Claire Magazine, “The fear of the stigma associated with using MDMA was far less than the fear of continuing to feel the PTSD symptoms for the rest of my life.”

In an interview with National Public Radio, Brenda described her experience of confronting trauma while under the influence of MDMA:

“The first place I saw was this maze. I went in. There was so much trauma. I had never remembered these terrible, terrible things. And before MDMA, I really did think it was my fault. I felt it in my bones that something was so wrong with me, that I deserved those things. Being on MDMA was the first time I ever felt compassion for myself. I realized that I was a child when it happened. I had no choice.”

A follow-up study by Mithoefer and colleagues examined outcomes in sixteen out of nineteen participants 17-74 months after the original study. Of this group, two participants relapsed. The other fourteen maintained clinically significant gains in symptom relief. No participants reported harm from their participation. Despite the success of these trials, critics have pointed out some of the drawbacks of using MDMA to treat PTSD. According to Swansea University psychologist Andrew C. Parrott, “MDMA is a general stimulant and activator, increasing emotional intensity across a broad range of mood states.” This means that MDMA activates both positive and negative mood states.

For example, a study by Mattias E. Liechti and colleagues of the University Hospital of Psychiatry in Zurich, found that in addition to its positive effects, MDMA had detrimental effects on some subjects such as anxiety, fear of losing control of one’s thoughts, depressive mood, depersonalization, and hallucinations.

Any comparison between Liechti’s findings and the phase two clinical trials may be limited, however, by important differences in researcher methods. Liecthi summarized findings from three experiments, none of which were conducted in a therapeutic setting. In contrast, the phase two trials included two MDMA-assisted psychotherapy sessions, which were embedded in a programme of fourteen drug-free therapy sessions.

Advocates of the treatment emphasize that the therapeutic setting and a positive relationship between the client and therapist are essential components of the treatment, without which MDMA-assisted psychotherapy is ineffectual.

MDMA-assisted psychotherapy is now undergoing phase three trials, in which it is being administered to a larger population. For some chronic sufferers of PTSD, an opportunity for relief may be on the horizon. And for people like Brenda especially, for whom thoughts of suicide were ever present, the potential benefits of the treatment are significant:

“I was able to feel. I think that’s the biggest takeaway.”

← The Black Pit
The bridge between suicide and life →