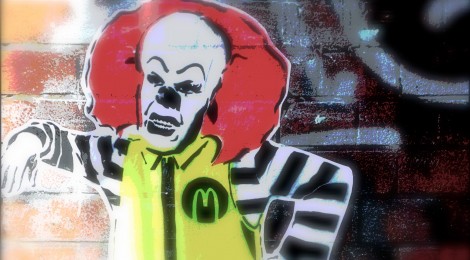 Donna Abbott (name changed), a long-time employee at McDonald’s, does more than serve Happy Meals. She smiles politely and greets every single customer. It’s part of the job. She’s even expected to ask the customer about their day. That way, the customer can walk away feeling satisfied.

Emotional labour—strict emotional control and outward enthusiasm—may be a way of earning tips. But in some sectors, including North America’s growing low-wage service industry, emotional labour is a fundamental part of the job. Displaying concern for a customer’s needs, smiling, and making eye contact is critical to a customer’s perception of service quality.

Cheerful presence can be essential to profitability of service providers, particularly in the fast-food industry. But emotional labour may be doing more harm than good to employee emotional and mental wellbeing.

A recent research review by Alicia Grandey and colleagues at Penn State University examined the benefits and costs of emotional labour practices, including those used in fast-food services. According to the study, the self-control and regulation needed to convey a sense of artificial happiness for an extended period of time is taxing, depleting energy and resources that could be dedicated to other tasks. In an interview with the Trauma and Mental Health Report, Donna said:

“The energy that I spend being overtly happy could be used elsewhere—I know that I’d be able to take orders faster and prepare meals quicker if I didn’t have to take that extra and, in my opinion, forced step to be emotionally friendly with customers that I don’t know.”

Emotional fatigue that detracts from the ability to do other work isn’t the only problem. Unless the employee is naturally a positive person, the act of suppressing true feelings and generating insincere ones leads to what psychologists call dissonance—a tense and uncomfortable state that can lead to high levels of stress, job dissatisfaction, and burnout.

“It’s just stressful and really frustrating,” says Donna. “It creates this push and pull within you that you really want to—but often can’t—resolve. And in trying to cope with these fake feelings, I’ve turned to things I’m not proud of and don’t admit to everyone.”

Donna reports excessive use of cigarettes and marijuana, particularly after a long and emotionally draining 10-hour shift; addictions that are not uncommon among employees in the fast-food industry. According to the Substance Abuse and Mental Health Services Association’s National Survey on Drug Use and Health, food service has the highest rate of drug use, with an estimated 17.4% of workers abusing substances. Individuals vary in their ability to deal with inauthentic emotional expressions. This means that the effects of emotional labour on emotional and mental wellbeing do not apply to all fast-food employees. Some workers may be able to identify with the organization’s values of positive emotional communication, making them better prepared to express appropriate emotions. And people who are generally more cheerful and pleasant may be able to turn off negative emotions more easily than others.

Donna is one of the less cheerful employees:

“When I started working at McDonald’s I would say that I was happy, but still not at the level of putting a smile on randomly for just anyone. I’m not a naturally happy person. And after being there for a long time, I wouldn’t say that I’m the most pleasant employee. I’ve had my fair share of negative attitude and customer complaints, which make it very hard to pretend to be happy or care about the customer—especially since it’s not technically in my job description to do that.”

In their research, Grandey and colleagues note that there are some jobs where emotional labour may be a core requirement. Childcare workers or people who care for those who are mentally or physically ill are a common example. But, the dissonance that a fast-food employee feels is probably more than workers experience in other sectors, like care providers, who typically see the act of helping as part of their identity.

Emotional labour comes at an emotional cost. And employers who require emotional labour should do so in a supportive rather than controlling climate. By training employees to recognize mistreatment, offering down-time to help workers re-charge, and giving employees opportunities to engage in honest interaction, employers might find a positive attitude that comes about on its own.