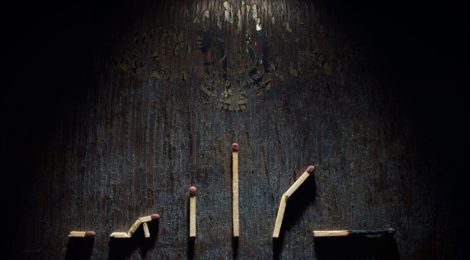 “I have stage 3 cancer; my friend has stage 1—which is like a pimple.”

On her personal blog, Debbie Woodbury, a woman diagnosed with Stage 0 cancer, references this comment by a fellow cancer patient. While she considers the comment hurtful, she is not particularly surprised.

Cancer prognoses vary, and there is large variation in survival between types and degrees of illness. Some are fortunate to survive without the sickening effects of chemotherapy, the fear of losing hair, or surgeries that leave patients bedridden for weeks. But people may also minimize their cancer journey, or be made to view their experiences as ‘lesser’.

“Without a tumor and with a Stage 0 cancer diagnosis, I started this journey not even sure I was qualified to call myself a cancer patient.” “I bought him a bold yellow shirt that said ‘survivor’ across the front. ‘Survivor,’ in his mind, is nothing to tell the world about. He didn’t do anything to claim survivor status; his body just had a treatable cancer that happened to respond to drugs.”

Just like that, degrees of illness become a competition, belittle personal struggles, and create segregation among patients and those in remission.

In January 2015, cancer survivor Cindy Finch posted an article in the Huffington Post entitled “The 6 Injustices of Cancer.” The article received a great deal of backlash for suggesting that certain cancer patients “get off really easy”. She claimed:

“I’ve heard it a hundred times, ‘I’m a cancer survivor, too.’ ‘Oh, really? What type of cancer did you have and what was your treatment?’ ‘Oh, I had thyroid cancer and had to take a radioactive pill for 30 days. Then I was all better.’”

“These folks represent the worst among us. If you’re not one of these folks, perhaps you should be quiet and sit down, and let someone else tell their war story.”

As if some cancer patients just aren’t macho enough. Attitudes like these have negative consequences on patient mental health.

Cancer patients often report feelings of guilt for surviving the illness. Survivor guilt is common among people who have gone through traumatic experiences, such as war, accidents, natural disasters, and interpersonal abuse. For Woodbury, not suffering enough throughout her cancer experience elicited guilt feelings. “It was my belief that others deserved to live more than I did. Better people than me are now gone; people who were funnier, who were kinder, who had more to give.”

And then, of course, there are expectations people have of cancer patients: The image of the strong, inspirational individual, filled with gratitude for a second chance at life.

“I am still trudging along, bitching about how cold I am and slamming pain meds for my aches and pains.”

According to Crystal Park and colleagues at the University of Connecticut at Storrs, living through cancer results in the development of new identities that can define people for the rest of their lives. For those still in active treatment, the identity of patient or victim can develop, carrying the connotation of severe suffering inflicted on them. But for those who have survived such adversity, the most common identity was survivor, which carries the connotation of cure.

As cancer becomes an engrained aspect of an individual’s identity, it may be natural for those who suffered greatly to take pride in how much they overcame, indeed to try to silence others who have not experienced the same level of adversity.

But Woodbury takes umbrage at this view, noting:

“The truth is that cancer is not a competition and, just as I am enough, so is my cancer. I certainly did go through less than someone else might have gone through. Thank God for that. For that I should be grateful, not made to feel, by myself or anyone else, that I am guilty of not suffering enough to qualify in the cancer games.”

← Addictions from Fort McMurray
When Guilt and Grief Collide →