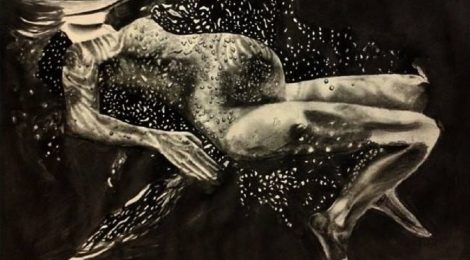 It is often portrayed as a happy and exciting time, but the experience of pregnancy can be mixed, with physical and mental complications dampening the experience.

In a recently released documentary, “Moms and Meds”, director Dina Fiasconaro addresses the challenges that she and other women with psychiatric disorders face during pregnancy.

Fiasconaro’s goal in making the documentary was to investigate women’s experiences with psychotropic drugs at this life stage. She became pregnant while on anti-anxiety medication and had difficulty obtaining clear information from healthcare professionals.

In an interview with the Trauma and Mental Health Report, Fiasconaro explained:

“I received very conflicting information on what medications were safe from my psychiatrist, therapist, and high-risk obstetrician. Even with non-psychiatric medication, I couldn’t get a clear answer, or from the pharmaceutical companies that manufactured them. No one wanted to say ‘that’s okay’ and be liable if something were to go awry.”

When she spoke to her maternal/fetal specialist, she was provided with a stack of research abstracts regarding the use of certain psychotropic medications during pregnancy. Although the information was helpful, it didn’t adequately inform her on the risks and benefits of medication use versus non-use. One of the women featured in “Moms and Meds”—Kelly Ford—contemplated suicide several times during pregnancy. When her feelings began to intensify, she admitted herself to a hospital. There, she was steered away from taking medication which led her to feel significant distress and an inability to cope with her declining mental health.

Elizabeth Fitelson, director of the Women’s Program at Columbia University, also featured in the documentary, believes there is a tendency for healthcare professionals to dismiss mental illness in pregnant women.

In the film, Fitelson said:

“If a pregnant woman falls and breaks her leg, for example, we don’t say, ‘Oh, we can’t give you anything for pain because there may be some potential risk for the baby.’ We say, ‘Of course we have to treat your pain. That’s excruciating. We’ll give you this. There are some risks, but the risks are low and, of course, we have to treat the pain. ‘”

This lack of validation for mental health issues was echoed by Fiasconaro when she visited her doctor:

“I was referred to a high-risk obstetrician by my therapist. Although I was given the proper advice, that high-risk doctor ended up being very insensitive to my mental illness. She told me that everybody’s anxious and brushed it off like it was a non-issue. I understand that in the larger context of what she does and who she treats, my anxiety probably seemed like a low priority in the face of other, seemingly more threatening, physical illnesses.”

The ambiguous information provided by health professionals is representative of a lack of research on the risks of using medication during pregnancy. Mary Blehar and colleagues, at the National Institutes of Health (NIH), state in the Journal of Women and Health that data are lacking on the subject. In a review of clinical research on pregnant women, they found that data obtained over the last 30 years, about which medications are harmful and which can be used safely, are incomplete. These gaps are largely due to the majority of information being based on case reports of congenital abnormalities, which are rare and difficult to follow.

During her pregnancy, Fiasconaro was able to slowly stop taking her anxiety medication. But halting treatment is sometimes not an option for women who suffer from severe, debilitating psychiatric conditions, such as bipolar disorder, major depression, or schizophrenia.

We also need to improve access to information on pharmacological and non-pharmacological treatment options, including psychotherapy for women with mental-health problems during pregnancy. Without adequate guidance, the management of psychiatric conditions can leave many feeling alone and overburdened. These women often feel stigmatised and neglected by healthcare professionals. The development of supportive and informative relationships is necessary to their wellbeing.

As Fiasconaro put it:

“I had to be pretty focused and tenacious in finding information, and then making the most informed decision for myself. I’m grateful I was able to do so, but again, I know every woman might not be in that position, and it can be very scary and confusing.”

← Good and Bad Childhoods
The Morning After I Killed Myself →