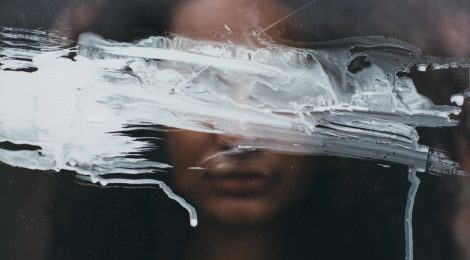 In 2016, a wave of suicides occurred in Canada’s indigenous populations. Communities in northern Saskatchewan particularly witnessed several youth suicides. In October of that year, five girls between 10 and 14 died by suicide in the span of a few weeks. The situation intensified when news broke later that month that a 13-year-old girl was the latest to take her life: a total of six young girls in the province.

Suicide is the leading cause of death for indigenous peoples—indigenous youth being an acutely vulnerable population. Unsurprisingly, there has been a public outcry for intervention. To reach these remote areas, both activists and researchers are turning to technology to alleviate the growing suicide epidemic. The We Matter Campaign, an initiative by brother-sister duo Kelvin and Tunchai Redvers, began in October 2016. The campaign consists of videos from members of the indigenous community sharing personal stories of survival and hope. The Redvers’ website hosts a variety of work from indigenous youth—visual art and poetry, in addition to the videos, which are the main focus. Individuals with diverse experiences have shared their stories, from high school students, to residential school survivors, to members of parliament.

Kelvin and Tunchai Redvers spoke to the Trauma and Mental Health Report about their initiative. When asked how it started, Kelvin emphasizes the role of the internet:

“It seemed like something so simple, yet we hadn’t seen anyone do it yet. 3AM is when life seems so bleak and you feel most alone. Since our campaign is online and available at all hours, it could really help during those dark moments.”

“Our campaign is online, and it lives online—to all remote corners, to those who might not reach out for help. It’s less overwhelming that way, less intimidating.” Anecdotal findings of SPARX in Auckland show that adolescents using it report feeling happy that their peers don’t know they are depressed, and that they can deal with their mental health concerns on their own. That same study found youth reporting decreased feelings of hopelessness and better emotion regulation. One user explains:

SPARX has been used to treat depressed youth in a variety of cultural contexts, including indigenous youth. After successful results with the New Zealand Māori population, the approach is being tried in Canada. Given that individuals of the Inuit community in Nunavut are 11 times more likely than the national average to commit suicide, researchers from York University are working to adapt SPARX for the Inuit context (SPARX-N).

This technology is enabling new routes to helping marginalized, indigenous populations that live in inaccessible areas. Although tangible outcomes remain to be seen, technology-based solutions offer hope toward helping heal a long history of trauma. Above all, the founders of the We Matter Campaign emphasize the strength and resilience of indigenous communities. Tunchai says:

“There are a lot of issues out there, but also so much creativity, love, and hope.”

← Touched With Fire
The Ravages of War →