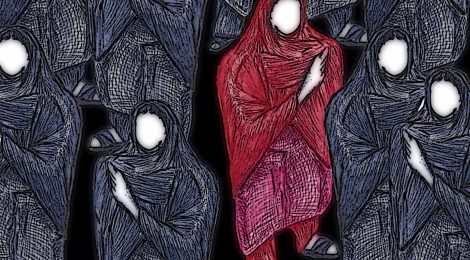 Mental-Health Stigma All Too Common in Iran

A Minor Leap Down, an Iranian film featured at international film festivals in Berlin and Toronto, illustrates the struggle of a 30-year-old Iranian woman named Nahal, whose deteriorating mental health is undermined by her family.

When Nahal is told she’s had a miscarriage, instead of seeking support from her family—who have, in the past, refused to recognize her struggle with depression—she keeps the news to herself, leading to desperation.

Stigma surrounding psychological disorders in Iran often leads to isolation, as fear of judgement and ridicule creates barriers to pursuing treatment. Some reports show that 26.5% of Iranian women and 20.8% of Iranian men have mental-health difficulties.

In an interview with the Trauma and Mental Health Report (translated, Farsi to English), Hamed Rajabi, director of A Minor Leap Down, explains:

“This social system is only concerned with how people work and perform, and when that performance is lowered, their behaviour is instantly condemned.” Research by Ahmad Ali Noorbala and colleagues from Tehran University of Medical Sciences shows women in Iran have a greater incidence of mental disorders than women in Western cultures. One contributing factor may be that women in Iran are often confined to the home, leading to isolation and poor domestic conditions.

After the loss of her unborn child, Nahal spirals into deep depression, deciding not to remove dead fetal tissue from her womb. When she tries to address the issue with her mother and husband, she’s turned away.

Familial relationships and reputation are important aspects of Iranian culture. Mental illness in a family member is viewed as a familial flaw.

According to research published in the Journal of Health and Social Behaviour by Erin Cornwell of Cornell University and Linda Waite of the University of Chicago, social relationships are particularly important for those coping with mental illness; social withdrawal aggravates loneliness, stress, and feelings of low self-worth.

Nahal’s silence about her mental illness also relates to a worry that she’ll be forced to resume antidepressant medication, which she took prior to pregnancy. Medications like these are seen as first-line treatment in Iran. In A Minor Leap Down, filmmaker Rajabi addresses the over-prescription of psychotropic medication in Iran, explaining:

“Depression signifies that a part of our lives hurt—and taking pills won’t solve anything until we distinguish which part of our life is causing the problem.”

Although recognition of mental-health problems in Iran has arguably increased over the past few years, considerable stigma still exists.

Awareness can translate to enhanced understanding of the complexity of mental-health problems in a culture that holds rigid attitudes about mental health and illness.

← Saying ‘No’ to the Screen
Suicide Note →