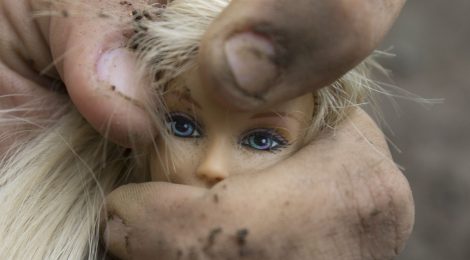 Self-reported spousal violence has declined in most Canadian provinces over the past ten years, according to Statistics Canada. But an increase in domestic violence calls to the police in the province of Alberta was reported for 2016 by The Globe and Mail. The increase occurred concurrently with the loss of thousands of jobs in the mining and oil industries.

This connection has also been established in other countries. During the financial collapse in Greece, the Greek police reported a 53.9% increase in family violence in 2011 from before the crisis in 2008. Additionally, when sociologist Claire Renzetti and colleague reviewed research in the United States, they found evidence of a relationship between economic stresses and domestic abuse.

Another study of American households indicates that intimate partner violence occurs at disproportionate rates among impoverished groups of women. The World Health Organization states that 13-61% of women worldwide recount experiencing physical violence from a partner at some point in their lifetime, and that poverty is a risk factor.

In an interview with the Trauma and Mental Health Report, Barbara MacQuarrie, the community director of the Centre for Research and Education on Violence Against Women and Children at Western University, described the link:

“At the heart of domestic violence is a dynamic of power and control, where one person feels they have the right to control another. When one loses control over their finances, they may attempt to regain that control by controlling their spouse through physical violence and other abusive tactics.”

Awareness of how financial stressors affect violent behaviour becomes important during times of financial hardship, such as economic recessions. Although macro research on the influence of economic crises on domestic violence is limited, the findings in Alberta, Greece, and the United States are telling. There are also personal accounts of spousal aggression surrounding financial problems. Anne (name changed for anonymity), a survivor of domestic violence, recounted her experience to the Trauma and Mental Health Report. She recalled financial struggles preceding violent episodes from her previously non-violent husband.

In 1991, Anne moved from Russia to Canada to join her husband Jonathan (name changed). This move coincided with a severe recession beginning in the early ’90s. Johnathan’s wages were cut in half, to the detriment of the family. A once promising future was now out of reach. In Anne’s words:

“I needed to work to help ends meet. Because I took care of our children and household during the day, I had to work at night. I cleaned at a corporate office for minimum wage, so money was tight. “

Months after the move to Canada, arguments became heated, and he became more aggressive, at one point, pushing her hard enough that she hit her head against concrete, and fell unconscious. Anne believes that their financial stresses brought out another side of Jonathan that led him to become both physically and emotionally abusive. She decided to leave, but was afraid for her life and the safety of her children if she did.

“He was supposed to be my partner, but instead of my being able to go to him for help or support, I feared him. “ Women who are survivors of domestic violence are right to feel afraid. The Canadian Women’s Foundation reports that 26% of women killed by their spouse are killed after they leave the relationship, and women are six times more likely to be murdered by an ex-partner than a current partner. Nonetheless, with proper planning and support, women can safely leave a violent situation. Anne said:

“When Jonathan left on a work-related trip, I took the children with me to a women’s shelter. It was highly secure, padlocks on every door, and a security guard at the main entrance. Eventually we moved into an apartment.”

Anne and her children now live safely. She encourages those who are facing potential domestic violence to seek help immediately, especially as warning signs increase. Barbara MacQuarrie explains that more than one risk factor in the perpetrator increases the chances of violence:

“Unemployment is a very significant risk factor, especially if it’s present with other factors, such as the perpetrator having experienced abuse as a child or witnessed domestic violence.”

← Asylum
Cranes in the Sky →