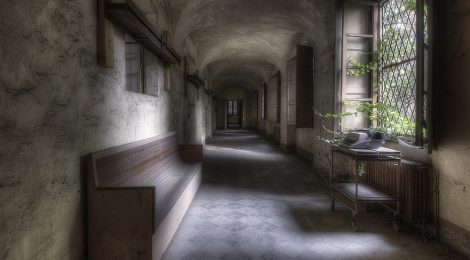 Vincent Willem van Gogh was a Dutch Post-Impressionist painter who is among the most famous and influential figures in the history of Western art. Unfortunately, accompanied with his creative intellect was his struggle with mental and physical illnesses.  Contemporary experts have speculated on Van Gogh’s diagnoses as having Temporal Lobe Epilepsy, Bipolar disorder, Thujone poisoning, Lead Poisoning, Hypergraphia, and Sunstroke. Upon being admitted to an asylum in Saint-Remy for treatment, he painted Corridor in the Asylum in 1889; a painting that expresses van Gogh’s increasing frustration with his confinement.