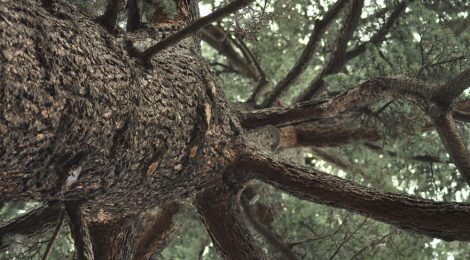 On a quiet summer evening a few years back, while taking a walk in Trinity Bellwoods Park in Toronto, I witnessed an event that would change the course of several peoples’ lives. As I relaxed under a tree in the park, watching families enjoy themselves, I heard a loud noise and saw a large branch from another tree fall onto where a couple was sitting. I heard a woman scream, and the man beside her was now trapped under the branch.

Walking a few steps closer, I froze, trying to understand what I’d just seen, which seemed unreal. I felt helpless. Others reacted differently than me as some tried to remove the fallen tree branch, some tried to resuscitate the man, while others comforted his wife, saying the ambulance would soon come. It felt like it went on for hours. Once the yellow blanket was placed over the fellow, I knew it was over. He was pronounced dead. Mike Lee, one of the three people who performed CPR on the victim, described the shock he felt immediately after the event in an interview with the Trauma and Mental Health Report:

“The biggest thing that went through my head was that there was nothing going on: no hurricane, no lightning, no typhoon, no volcano or violence; nothing. Just a beautiful day and this tree branch just happened to fall on this guy and killed him on the spot. How could something so beautiful, a beautiful day, turn into such a traumatic event?”

For me, it felt surreal, as if I’d lost control of my existence. I kept thinking that it easily could have been me under that tree. Later, I was left with unresolved questions about God, the universe, my existence and life’s meaning. And, despite having the courage to take action initially, Mike was affected by the traumatic experience too:

“I was in shock. I just walked around with my bike; I couldn’t even get on my bike to ride it. I kept thinking how thankful I was that I was ok and I kind of felt happy that I actually did something – that I didn’t just lock up and freeze. And then, I called my parents to say “I love you”. I was pretty traumatized, to be honest. I am pretty sure that I went home and cried.”

People experience trauma in different ways. For example, some re-experience the trauma itself, have nightmares, get bouts of anger and sadness, experience dissociation and even PTSD. Mike did not experience many negative consequences of this event although, at the time, he expressed sadness. That resonated for me. Sadness and disbelief along with dissociation were what I’d experienced.

Research has shown that dissociation is common after trauma, especially when extreme physiological arousal is present. Most who experience dissociation feel a sense of detachment from their lives. For me, dissociation provided some emotional distance, a buffer to protect myself from the overwhelming emotions that accompany something so tragic. There are many unique challenges to overcome when faced with a traumatic experience and for some, it becomes a lifelong journey. In some ways, I feel fortunate because for me, facing my mortality was a wake-up call, one that encouraged me to try to live a more authentic and meaningful life. Mike shared similar thoughts:

“I will never forget that day, it was a pretty defining moment. It reminded me that you have one chance at life, and you never know when things are going to go bad. You can be safe your entire life – not fly on planes, be careful on busses, wear your seatbelt, don’t do drugs, don’t drink – and you end up in a park one day and a tree falls on you. It just opened my eyes and made me realize life is short, so why not just make the best of it?”

A few months after the event, Toronto police presented Mike Lee with an award for his actions. Mike’s mother accepted it on his behalf, as he had already moved to Japan to start a new business. He had previously quit his job, as the incident led him to re-evaluate his life. Mike explained:

“If there is anything I would want as a message coming from me is for people to really reassess their beliefs and what they are holding onto as the most important things in their life.”