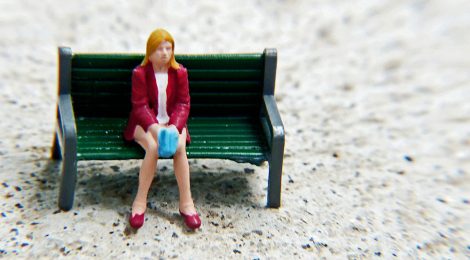 As the knowledge regarding mental illnesses accumulates, the prevalence of mental illnesses has been shown to represent a large percentage of the population. According to Statistics Canada’s 2012 Canadian Community Health Survey (CCHS) on Mental Health, on average, one out of every eight adults in Canada identified symptoms that met the criteria for a mood disorder. Globally, Screening for Mental Health Inc. reported that over 350 million people suffer from depression. In addition, there are many people who remain undiagnosed or untreated, and therefore the total numbers may exceed these statistics.

The high number of people suffering from mood disorders highlights the necessity for individuals to have access to resources that may help alleviate their symptoms. One potential coping mechanism is watching motivational speeches. Through online platforms, various organizations and individuals are able to share their stories and provide encouraging words to their viewers. Motivational speeches posted online are easily accessible, have a variety of speakers on different topics, and some of them can be very short. Taking even 10 minutes out of your day to watch something motivational may help in improving your mental health.

One Youtuber who has posted several motivational videos is Mel Robbins, who creates videos to help people get through depression and tough times. She has dedicated over 20 years to helping people get what they want and feel good about their lives. Robbins was also a speaker for a TED Talk called “How to Stop Screwing Yourself Over”. In her videos, she takes a hard-love approach and encourages people in any situation to push through. Robbins is an ideal example of a motivational speaker as she provides alternative ways of thinking about your situation.

In this TED Talk, she simply asks, “What do you want?”, which is a lot harder to decide on than many people would think. Once you have focussed on what you want, she goes on to explain that, “Getting what you want is very simple, but it’s not easy”.

Robbins is just one example of a motivational speaker who has been appreciated by millions of online viewers. Celebrities like Dwayne “The Rock” Johnson and Arnold Schwarzenegger have also created motivational speeches that shed light on their experiences coping with psychological distresses and how they continued to pursue their dreams. Watching speeches such as these serves as a reminder that you are not alone, and they allow you to relate to, and learn from, other’s experiences, which may have a dramatic effect on your overall outlook on life.