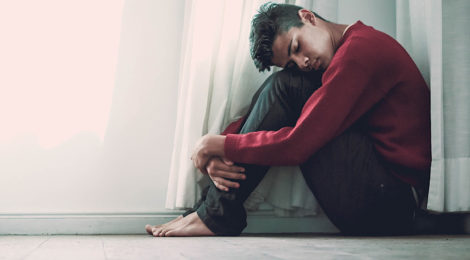 The song “Unwell” by Matchbox Twenty describes the feelings of isolation that accompanies social anxiety in so many people. Released in 2002, this song is musically similar to other alternative / pop-rock tracks of its time, but the lyrics are uniquely focused on anxiety around others and in groups. Social anxiety is one of the most common mental illnesses, affecting an estimated 18.1% of the population of the US every year. The writer of the song, Rob Thomas, had this to say about dealing with his own anxiety, and the process of writing this song:

“It came from the idea of still not feeling comfortable in my own skin, and the job [musician] sometimes even less so….That led me to having really crazy panic attacks and having to figure out a way to get all of that under control. Once I started to get older, once I started to grow up, the fabrication that I’d made of how comfortable I was and how secure I was in myself started to go away. I was left with the reality I need to deal with how uncomfortable I am at all times, how unsure of myself I am, every word that comes out of my mouth, in every situation. ‘Unwell’ was the beginning of that for me.”