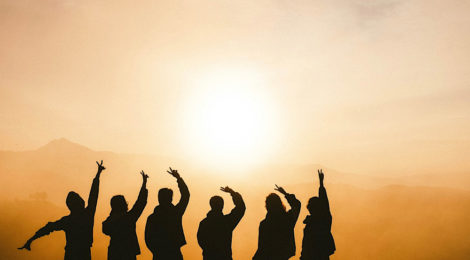 Disclaimer: Please note that the following post discusses a song which contains some explicit lyrics.

The song “FRIENDS” is a track from artist J. Cole’s 2018 album “KOD”. This song is a conversation between Cole and his suspected alter ego “kiLL edward” about some of the struggles related to mental health and drug abuse.

Edward represents a person who has chosen to self-medicate with drugs because they are overwhelmed by their mental health issues:

“I got thoughts, can’t control

Got me down, got me low

Rest my mind, rest my soul

Am I wrong, let them know

Don’t think twice, this is me

This is how I should be…”

Cole’s response to this begins with an expression of empathy about the difficulties of living without drugs once you’re used to coping with them:

“But I’m aggravated without it

My saddest days are without it

My Saturdays are the loudest

Some n****s graduated to powder

I dabble later, I doubt it

My database of narcotics

After this, his lyrics then begin to unpack some of the more complicated reasons behind why people end up addicted to drugs, with the overall message of this section being that drug addiction is complicated issue involving personal, social and sometimes political factors:

There’s all sorts of trauma from drama that children see

Type of s*** that normally would call for therapy

But you know just how it go in our community

Fast forward, them kids is grown and they blowing trees

And popping pills due to chronic anxiety”

Towards the end, Cole expresses sympathy at the fact that drugs can sometimes feel helpful in the moment but warns Edward that the consequences of drug abuse can be grim. He encourages Edward to try an alternative to drugs- specifically, meditation.

But I know depression and drug addiction don’t blend

Reality distorts and then you get lost in the wind

I understand this message is not the coolest to say

Check out the full song and lyrics at https://genius.com/J-cole-friends-lyrics

← Visualization of Bipolar Disorder
For Rape Survivors, Words Can Help or Harm →