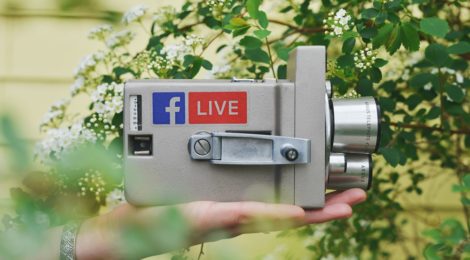 Social media influencers have created an enormous impact on online culture, often serving as role models and mentors to the people who follow them. Influencers promote a particular lifestyle, various products and brands, as well as original content on their social media pages.

Most everything influencers post has been tailored to appear ideal and support an image. But some influencers are bucking the trend. Bobby Burns, Elle Mills, Tati Westbrook, and many others have recently spoken out about their mental health struggles and burnout.

Many people on social media aim to be like their favourite influencer who they follow on Instagram, Twitter, Facebook, and other platforms. Jamie Bloch, a Toronto based actor and influencer, in an interview with the Trauma and Mental Health Report (TMHR), discussed why people want to become influencers:

“People think being an ‘influencer’ is very glamorous; they are under the impression that you get free things, you go to cool places, and you get to meet people who are well known. However, what they fail to understand is that it’s a job and not an excuse to quit school or their day job in pursuit of having fun, travelling, or living a glamorous life all of the time, because that often isn’t the reality. People like the idea of having influence without realizing the responsibility or pressure that comes along with it”. Outside of social media, influencers can feel backlash towards their career choice as it is often not taken seriously. In an interview with TMHR, Isabella Mazerolle, a fitness influencer, explains that she views social media as a business:

“I personally never approached this through the ‘influencer’ route. I always wanted to start a business first and get known for it later, which is exactly what happened. As such, I feel like my actual products and business are more of the product than myself”.

Bloch explained that once influencers gather a large following on their platform, they often start to feel constrained in the types of posts they can create:

“Influencers can sometimes be viewed as a human product. It can be very easy to lose your authenticity in a world that is governed by ‘perfect moments’, which can sometimes lead influencers to work with brands or adopt a style that isn’t truly reflective of who they are and what they value. Although a lot of people are becoming more transparent about their lives on their platforms, there are still certain things people may restrain themselves from posting – no matter how authentic – because of their position of influence. The online world can definitely get overwhelming and exhausting sometimes. If you don’t know how to take a break and unplug from social media for a little while, there is no way you will be able to have continued success because no one can be ‘on’ forever”. Social media can affect users’ self-esteem, confidence, and mental health. Research has also shown that social comparisons are cognitively inefficient and require a lot of mental resources to process. Those who are solely focused on social comparisons can experience detrimental effects, including decreased appearance satisfaction, low self evaluations, higher negative mood, insecurity and anxiety. Since social media influencers’ whole lives and careers are invested in social media, many experience these negative effects.

Additionally, consumers of social media often engage in upward social comparisons that can negatively impact mental health. This is especially true for influencers, as they constantly look up to, and compare themselves with, other high status influencers.

“It can feel intrusive when people are analyzing everything you say and post. I try to not censor myself and be as open as possible, but that inevitably invites criticism. Sometimes it’s hard to not take things personally when everyone has an opinion! Over time I think that can definitely have a toll on one’s mental health, especially if you’ve experienced cyber bullying”.

← On Healing (For Real This Time)
Validation →