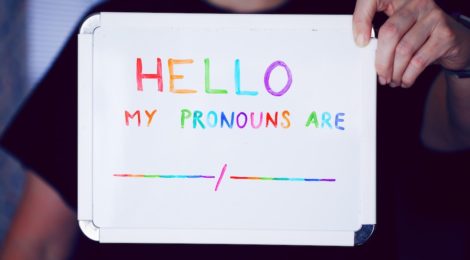 How to be an Ally for the Transgender Community

Although acceptance is growing, people in the transgender community are still heavily discriminated against. To understand what it’s like to be transgender today, the Trauma and Mental Health Report (TMHR) interviewed Riley De Aquino (he/him), a 23-year-old who first came out in September 2015 as bisexual, and later as transgender in February 2019.  Riley explains his early experiences as transgender.

“I wasn’t exposed to any information about being bisexual, let alone transgender because of growing up in a catholic community, and I didn’t have the words to describe how I felt. I was able to come to terms with it because of social media and seeing people who felt the same as I did, and finally realizing my feelings are valid. Therapy led me to realize that I needed to start pursuing this, so I started telling my closest friends. After about a month and a half, I told my parents and started slowly physically transitioning.”

Riley explains how the challenges that came with his physical transition from female to male such as changing his name, finding the right information, getting on hormones, and dealing with doctors were relatively easy compared to socially transitioning:

“Social transitioning is a big part aside from physically transitioning as well, having to come out constantly, the biggest issue being with family. It was hard because I grew up in a religious household. It would have been two years since coming out, and to this day, my family still misgenders me and deadnames me, and it’s a very strange relationship now with them”. “Deadnaming” happens when people refer to a trans person by their previous and no longer used legal given name. Riley ended up moving out of his family’s home shortly after coming out to them. He explains:

“Transitioning socially became very draining on my mental health. I was constantly having to either not tell people and let them misgender and deadname me, or come out to them and wonder if they would accept me.”

Jennifer Thomson, a psychotherapist based out of Hamilton Ontario outlined five pillars of how to be an ally for the transgender community in an interview with the TMHR: Riley also shared his advice on being an ally:

“The biggest thing people can do is make sure it is not just on trans individuals to be correcting people all the time. If you’re an ally and are supporting us, then you should help us with that – not just in the moment, but also when we’re not around. This includes calling people out on transphobic, and homophobic jokes.”

With more and more allies emerging to support the LGBTQ+ community, individuals facing these challenges are hopeful that people will become more accepting. Today Riley has physically and socially transitioned and says that each day has become easier since then.

“There is a lot more to being an ally than just saying you’re accepting of the trans community. We have to take a look at our privilege as cisgender people and the power we have in our own circles.”

← The Sick Child
Velveteen Rabbit: The Magic of Vulnerability →