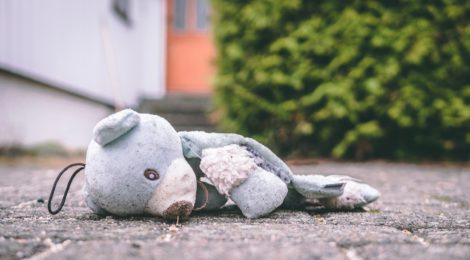 Velveteen Rabbit: The Magic of Vulnerability

“The Velveteen Rabbit”  a children’s book written by Margery Williams tells the story of a stuffed bunny who magically becomes real through his owner’s love. In the process, as the boy’s love grows more and more, the rabbit becomes older and shabbier but none of it matters as he is real to the boy. Finally comes the day that the boy moves on and leaves the rabbit behind. Heartbroken by the loss, the rabbit sheds a tear, and a fairy appears and tells him as he has become real to the boy, he will become real to the whole world.

“Once you are real you can’t become unreal again. It lasts for always.”

The story is a metaphor for the power of vulnerability and authenticity. In the process of being open and having our seemingly imperfections accepted through love, we learn to accept and integrate parts of ourselves. However, real intimacy is a double edge sword as it also makes us susceptible to deep hurt, which is why it is often avoided by many. In the end, relationships serve merely as a mirror, showing us parts of ourselves and it is through the courage of being vulnerable that we become real.

“Real isn’t how you are made,’ said the Skin Horse. ‘It’s a thing that happens to you. When a child loves you for a long, long time, not just to play with, but REALLY loves you, then you become Real.’

‘Does it hurt?’ asked the Rabbit.

‘Sometimes,’ said the Skin Horse, for he was always truthful. ‘When you are Real you don’t mind being hurt.’

‘Does it happen all at once, like being wound up,’ he asked, ‘or bit by bit?’

‘It doesn’t happen all at once,’ said the Skin Horse. ‘You become. It takes a long time. That’s why it doesn’t happen often to people who break easily, or have sharp edges, or who have to be carefully kept. Generally, by the time you are Real, most of your hair has been loved off, and your eyes drop out and you get loose in the joints and very shabby. But these things don’t matter at all, because once you are Real you can’t be ugly, except to people who don’t understand.”

← How to be an Ally for the Transgender Community
Perceived Threat →