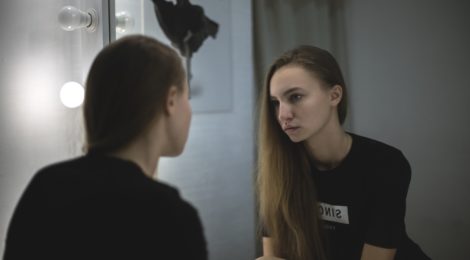 Billie Eilish is an American singer-songwriter who has been very transparent about her struggles with mental health, particularly depression. Many of her songs contain lyrics that are an explicit expression of the negative emotions she experiences—something that some have viewed as controversial, considering a large portion of her fanbase includes adolescents. However, her fans often insist otherwise, saying instead that her songs make them feel understood and validates their own mental health struggles. As Eilish said in an interview:

“Songs about being depressed or suicidal or completely just against-yourself—some adults think that’s bad, but I feel that seeing that someone else feels just as horrible as you do is a comfort. It’s a good feeling.”

Billie Eilish’s song titled “idontwannabeyouanymore” is one of her many songs that expresses these types of emotions, particularly the feeling of not being content with oneself.

“Don’t be that way
Fall apart twice a day
I just wish you could feel what you say
Show, never tell
But I know you too well
Got a mood that you wish you could sell”

“Tell the mirror what you know she’s heard before
I don’t wanna be you, anymore”

← E21: Listening to Boredom
Killers of the Flower Moon →