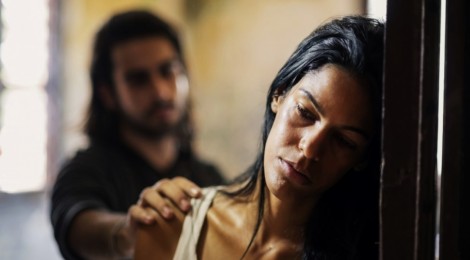 In her 2012 TED talk on domestic violence, Leslie Morgan Steiner discusses what she calls “crazy love,” the irrational and often deadly tendency to be oblivious to the red flags that indicate you are sharing your life with an abusive partner.

After discussing the typical situations that often lead to an abusive relationship, Steiner states that by asking the  question, “Why doesn’t she just leave him?” we are blaming the victim for falling in love with someone who would go on to abuse them.

While Steiner was not a victim of childhood abuse, many women and men who find themselves in similar situations are.

Victims are never at fault; no one asks to be victimized by their relationship partner.   But for those who do have a prior history of abuse and who might find themselves in repetitive abusive cycles, what ability do they have to become aware of their vulnerability to future abuse?  And more important, could such awareness be helpful to them?

When children witness or experience abuse, it can have a detrimental effect on their wellbeing as an adult.  Their experiences have been linked to the development of depression, anxiety, substance abuse, as well as eating disorders later in life.  Early exposure can also place individuals at a higher risk of experiencing abusive relationships in the future.

Joanna Iwona Potkanska, a Toronto-based social worker and trauma-informed psychotherapist says, “We tend to remain in patterns that are familiar to us.   We often do not realize that the relationships we are in are abusive, especially if we grew up in dysfunctional families.”

Based on British psychiatrist John Bowlby’s original work on attachment, theorists view the attachment style one develops as a child as related to adult relational patterns.  Internal understanding of how relationships work derives from primary caregivers and is the basis of later interactions. “It would be foolish to say that observing domestic abuse from a young age doesn’t have an impact on a person’s future relationships.  It contributes to the construction of a child’s belief system – on how a relationship should be and what it should look like,” says Whitney Wilson, a counselor for the Partner Assault Response program at the John Howard Society of Toronto.

Wilson considers exposure to early domestic abuse as altering one’s view of romantic relationships in many ways.  “It’s similar to having a parent that smokes; smoking becomes normalized and may influence your decision to smoke.  Or, you may dislike that your parent smokes and swear off it.  It really depends on your lived experience and how it affects the formation of your beliefs.”

According to Potkanska, when we experience interpersonal trauma, whether physical, emotional, sexual or spiritual, we often lose our sense of self.  The abuse becomes part of our story and is deeply internalized.

It depends…  The way people make sense of their early relationships, and the conclusions they draw from them, depend a good deal on what occurs in other important relationships in their lives.  And nowhere is this seen more clearly than in the area of counseling and psychotherapy.

By working with a therapist, individuals can learn to identify how they interpret experiences based on ‘old information’ and can learn to recognize the warning signs of an abusive relationship.

Potkanska says that “without learning how to set healthy boundaries, we allow others to harm us and we re-enact conscious or unconscious situations in an attempt to have either a different outcome, or to reinforce what we already believe about ourselves.”

Healthy attachments to other supportive family members and mentors can buffer the effects of childhood abuse.  For those not fortunate enough to experience positive relationships growing up, there are other ways to break the cycle.

The connection a survivor builds with their therapist is meant to act as a model for secure attachment.  This can then translate to the way the individual perceives themselves and how they interact with others. Potkanska emphasizes safety and space within the therapeutic relationship, noting that “Simple actions like ensuring that adequate physical space exists between myself and my client shows that I respect their boundaries.”

A large part of the therapy process focuses on building an identity that is separate from the abuse.

“Romantic partners and relationships become a way to soothe and regulate, and so when clients are taught to self-soothe, they are less likely to look to their partner to provide what their perpetrator has failed to do. They eventually rely more on themselves and other resources, including healthy relationships, to meet their needs,” says Potkanska.

Even with therapy, breaking the cycle of abuse can be difficult.  Building an identity separate from abuse can take years of self-work, and often people cannot afford therapy or have limited access to resources.

And then there are the socio-political causes that force people to remain in abusive situations.  Potkanska points out, “Without adequate financial support, women and children are reliant on their perpetrators.  Our legal system does a poor job at protecting survivors of violence, even after they leave the abuser.”  Not only that, but it is usually after the victim has left that they are in the most danger.  Simply because, as Leslie Morgan Steiner states, “the abuser has nothing left to lose.”

So what do people who’ve experienced abuse as children, but go on to have normal and healthy relationships do so differently?

According to Wilson, “It’s really an active process for all of us, even those who were not abused.  Because we’ve allowed society to normalize things like verbal or emotional abuse you have to really know what a healthy relationship looks like and know that it’s hard work.”

Being in a healthy relationship is about giving yourself permission not to have to accept abuse.  And for many, that takes practice.  You have to first identify that you’re stuck in a cycle of violence, and then decide you have the right to break it.

← The Tree of Life
Replacing Loss with Fear →