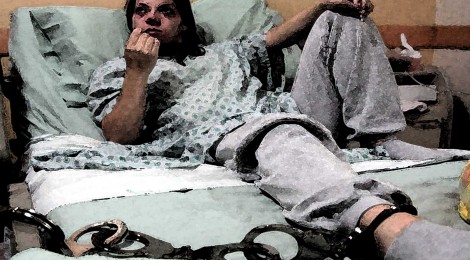 When Adolescents Claim the Right to Refuse Treatment

In a personal essay in the Hartford Courant, 17-year old Cassandra C. recalls her legal battle when she refused to undergo chemotherapy after being diagnosed with Hodgkin Lymphoma, a cancer of the lymphatic system.

The Connecticut Superior Court ruled that as a minor, Cassandra did not understand the severity of her condition. She was taken to Connecticut Children’s Medical Center in Hartford, where she was forced to undergo chemotherapy.

In her essay, Cassandra wrote:

“I should have had the right to say no, but I didn’t. I was strapped to a bed by my wrists and ankles and sedated. I woke up in the recovery room with a port surgically placed in my chest. I was outraged and felt completely violated.”

When Cassandra’s mother did not bring her to medical appointments, the Department of Children and Families took Cassandra into custody. She was medically examined and placed into foster care.

A month later, Cassandra was allowed to return home once she agreed to continue chemotherapy. After reluctantly undergoing two days of treatment, Cassandra claimed that it was beginning to take a toll. Feeling trapped, she decided to run away to evade treatment, only returning home out of fear her disappearance would land her mother in jail.

It is common for cancer patients to experience adverse side effects while undergoing chemotherapy. In addition to physical side effects, patients often experience a range of psychopathologies, including depression, fear, anxiety, and hopelessness. In court, Cassandra argued that she cared more about the quality of her life than the duration. Yet she was told that undergoing chemotherapy would increase her chance of survival by 85 percent. Without it, doctors said there would be a near certainty of death within two years. Although Cassandra acknowledged this risk, she maintained that she had the right to make decisions about her own life and body.

In an interview with the New York Times, Cassandra’s mother supported her daughter’s decision to refuse chemotherapy:

Both Cassandra and her mother denied that Cassandra’s decision was anyone’s but her own. But there is some concern that Cassandra’s opinion on medical treatment could have been influenced by her parents. This issue is especially important given the far greater chance of survival offered by treatment.

A study by psychiatrist Paola Carbone in the Journal of Child Psychotherapy describes how young cancer patients may have trouble accepting treatment because of its severe effects on their developing bodies. Adolescent girls often express dissatisfaction with their bodies and lower self-esteem. The side effects of chemotherapy, such as weight loss, may negatively affect their fragile self-confidence.

The right to independent decision-making at this age is also a factor. In her essay, Cassandra writes:

“I am a human—I should be able to decide if I do or don’t want chemotherapy, whether I live 17 years or 100 years should not be anyone’s choice but mine.” Researchers, Coralie Wilson and Frank Deane, suggest that it is important to teach adolescents’ that part of being more independent and autonomous is being aware of when and how to seek the support of others.

An extreme need for independence can result in self-imposed isolation, which is why Carbone maintains that adolescents are particularly in need of familial support. Other studies have also found that family involvement in discussions about the side effects of chemotherapy improves social support and decision making, lowers physical and mental distress, and increases emotional wellbeing.

“Chemotherapy refusal by adolescent patients should not be considered an obstacle to be eliminated at all costs, but rather a message to be welcomed and worked on.”

Cassandra was discharged from hospital last April, after completing treatment. Prior to being released, she wrote on Facebook, “I have less than 48 hours left in this hospital and I couldn’t be happier!”

She reported that she was grateful that she responded positively to the drugs and was predicted to survive cancer-free. But she also added:

“I stood up and fought for my rights, and I don’t regret it.”

← A Boy and His Machine Gun
Alarm Clock →