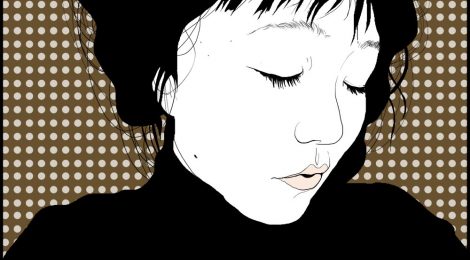 On August 18, 2015, the U.S. Food and Drug Administration (FDA) approved Flibanserin, a drug that treats low sexual desire in women.

With the medication’s presence on the market, you’d think that low sexual desire in women would be well understood. In fact, there is still widespread debate on the issue. Marta Meana, a psychologist at the University of Nevada, writes:

“Desire is the most subjective and acutely amorphous component of sexuality.”

And Lori A. Brotto, a Professor of Gynecology at the University of British Columbia, offers a similar view, explaining:

“There is no clear consensus on the causes of sexual dysfunction in women.”

While women experience obstacles to fulfillment, the causes are complex. According to Brotto:

“An abundance of data indicates that low sexual desire is strongly influenced by a woman’s relationship satisfaction, mood, self-esteem, and body image.”

Medication is, at best, a partial treatment for problems with desire.

There are also differing perspectives on proper terminology around the issue. In an interview with the Trauma and Mental Health Report, Kristen Mark, Director of the Sexual Health Promotion Lab at the University of Kentucky, said:

“Sexual dysfunction may not be the most accurate way to describe low sexual desire. Women may experience sexual problems, but sexual desire ebbs and flows, so people should expect that it will fluctuate.” Deciding between the word “dysfunction” or “problem” may seem trivial. But language creates meaning, and shapes how health professionals treat clients and conduct research.

Other clinicians agree. Leonore Tiefer, Associate Professor at the New York University School of Medicine, offers two metaphors for sex. The first is digestion. In this metaphor, sex is “just there”. Like digestion, it does not require learning, but is a natural or innate action that the body is equipped for at birth.

The other metaphor is dance. There are many ways to dance. Some people are better at dancing, and some people like dancing more than others. Tiefer argues that sex, like dance, is a learned skill.

Tiefer has advocated extensively against pharmaceutical interventions for female sexual problems. In 2000, she convened The New View Campaign, a collective of clinicians and social scientists dedicated to reframing the conversation around sexuality.

In a 2006 article on disease mongering, Tiefer explains why a purely biological approach to sexual health is inadequate:

“A long history of social and political control of sexual expression created reservoirs of shame and ignorance that make it difficult for many people to understand sexual satisfaction or cope with sexual problems.”

To emphasize that sex has a social context, the New View wrote an alternative system of classification for sexual problems. The first category is “sexual problems due to socio-cultural, political, or economic factors”, and the second is, “problems relating to partner and relationship”.

These categories includes specific causative factors, such as “ignorance and anxiety due to inadequate sex education, lack of access to health services, or other social constraints.”

“Popular culture has greatly inflated public expectations about sexual function. People are fed a myth that sex is “natural”—that is, a matter of automatic and unlearned biological function—at the same time as they expect high levels of performance and enduring pleasure, they are likely to look for simple solutions.”

The drug Flibanserin is one of these ‘simple solutions’. Its approval has been met with controversy. According to Loes Jaspers and colleagues at Erasmus University Medical Center, the effectiveness of Flibanserin is very low. In a meta-analysis examining the effect of the medication in about 6000 women, Jaspers found that those receiving the drug experienced, on average, only 0.5 more “sexually satisfying” events per month compared to those receiving a placebo.

At the same time, it carries a black label, which the FDA assigns to drugs that include serious side effects. For Flibanserin, these include sedation and fatigue. When combined with alcohol and other common drugs, it can cause dangerously low blood pressure and fainting.

And non-medical treatments, such as mindfulness-based sex therapy, can be effective for treating low sexual desire. According to Brotto, mindfulness shifts attention away from negative, self-defeating thoughts, and towards sensation and pleasure.

Mark, however, thinks that hope should not be abandoned for a medical solution. She says:

“At this point, I would not recommend Flibanserin for most women coping with desire problems. There may be a medication in the future that meets women’s needs when used in conjunction with other approaches, but this just isn’t it.”

Whether women’s sexual problems should be medically treated is still debatable. But what is clear is that social and cultural factors shaping women’s sexual experiences should not be bypassed for a quick solution.