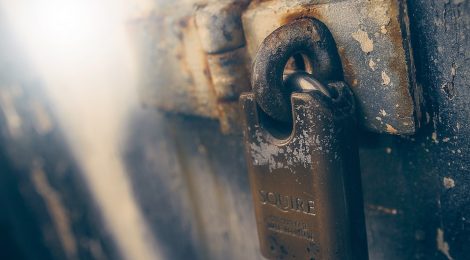 When Children are Freed from Captivity –What Happens Afterward?

On occasion, we hear of extreme cases of child abuse, making family names like the Turpins infamous. The 13 Turpin children were held captive in their house, where they were limited to only one meal a day and one shower a year. Twelve of the children were subject to extreme physical abuse, and one suffered from sexual abuse. The eldest child, who was 29 years old, weighed only 82 pounds.

Cases like these often publicize legal proceedings and atrocities committed by the parents, but disregard what happens to these children—the victims— in the aftermath.

Research on children held captive is sparse, however, there are some studies of other high-profile cases where children suffered extreme deprivation. A well-known one is Genie, a child who was isolated in a small bedroom where she was strapped to a toilet seat during the day, or trapped in a crib with wire covering. She received absolutely no stimulation and was only fed infant food. When Genie was found at age 13, she was unable to perform basic functions, such as chewing, biting, standing or walking. She spent years trying to learn to speak, but was unable to acquire language fully or normally. After years of testing by psychologists and physicians, her mother forbade further assessment of Genie, and she is now living in the care of the state of California.

Maude Julien, a psychotherapist from France who herself was subjected to captivity by her parents, now treats patients who are victims of trauma. In an interview with The Trauma and Mental Health Report, Maude describes her experiences growing up.

“For about 15 years, I practically never went out. I never went to school; my mother was my home-school teacher. My father wanted to create a superhuman, uncorrupted by this world,” Maude said. “I had to undergo a ‘training of the mind’ in order to become this ‘superhuman.’ He wanted me to believe that the world outside was terrible.”

“I had to learn the simplest, most basic social conventions like speaking to strangers or finding my way around. Above all, I had to learn how to talk, because my long periods of forced silence had made me almost mute,” Maude said.

“Even though I was learning all this, I was still imprisoned behind the ‘gates’ of conditioning. I could still hear in my head, day and night, the tick-tock of my father timing everything,” she said.

Maude described her recovery as the need to “free herself from the mental and emotional hold” she was under. It took her more than 10 years to overcome the consequences of her imprisonment.

Maude explains how reading, and connecting with animals and other people helped her cope with trauma. She attributes her ability to get out of the house to her music teacher and describes her second husband’s parents as an instrumental part in helping her mature.

“I was 24 when I met them and they helped the child inside me grow up. I felt unconditional parental love for the first time; it’s one of the greatest gifts in the world,” Maude said.

Children who have been held captive by a relative often think they deserve it, and live with a heavy feeling of shame and guilt.

“It’s usually shame that prevents victims from seeking help,” Maude said. “They have also a feeling of isolation, because a predator like my father, makes the victim believe that he alone can love and protect them.”

Children reported in these high-profile cases may feel guilty for having “betrayed” their parents, yet may also feel relief for having escaped. She describes living with this duality as being very “painful.”

← Tears in Heaven
Social Media is Not Real Life →