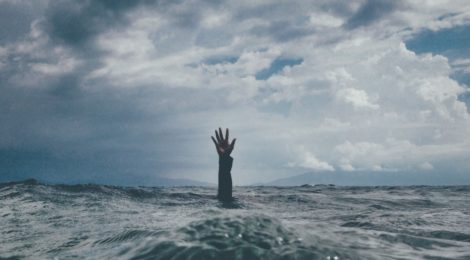 Coping When Your Child is Diagnosed with a Mental Illness

As someone who has supported children who have mental illnesses, I have always been an advocate for their health and safety. Recently, through speaking with families, I found that many describe the experience of having a child with a mental health diagnosis as complicated and turbulent. Parenting a child with a mental illness can be an experience filled with helplessness, and often leads parents to question if what they are doing is right for their child.

The National Mental Health Association identifies that one in every five young people experiences difficulty with their mental health. And, a study of posts on internet forums found that a child’s mental illness impacts the entire family, with parents often struggling to cope. The most common concerns included feelings of hopelessness, seeking advice on how to cope and questions about their child’s diagnosis and medication.

Sara (name changed for anonymity), a mother adapting to supporting her daughter with generalized anxiety disorder (GAD), depression, and anorexia nervosa, shared her struggles with the Trauma and Mental Health Report (TMHR):

“My daughter was hospitalized for about a week because she couldn’t handle the stress of school, work, losing her boyfriend & her weight. She also had expressed thoughts about committing suicide. I unfortunately, didn’t know there was a problem until she admitted herself into the hospital for stress; she was hysterical and couldn’t stop crying and had trouble speaking. I did notice her being unhappy for weeks before but thought she was just being a normal teenager and was just moody. I thought she just didn’t want to speak with her “mommy”. She also was concerned with her weight and was dieting to lose a lot; I did take her to the doctor, but the doctor thought she was dieting responsibly and also she was eating all the food I was making. However, in hindsight, I didn’t realize she was vomiting afterwards.” Adjusting to a child’s diagnosis can be difficult for parents as they are challenged with supporting their child through their struggles, while also managing their own mental health. Sara identified the entire process as full of personal confusion, helplessness, and self-doubt:

“I was devastated and confused when I found out. I didn’t understand how much my daughter needed the help, and I was very upset with myself that I didn’t notice sooner. I didn’t understand what was going on and was extremely worried that my daughter would have to be medicated and/or hospitalized in order for her to cope with her issues.  I also did blame myself for not seeing the “signs” and thought as her mother I should have noticed there was a problem and should’ve acted earlier on her behalf.”

In an interview with the TMHR, Elizabeth Mazur, a researcher at Pennsylvania State University who studies family stress and coping as it relates to disability, mental health and parenting, described the impact of receiving a diagnosis:

“Parents have to adjust to the child having “good days” and “bad days,” and maybe mostly bad days. However, a diagnosis can also be a relief in that parents have an answer to what might have seemed as intractable problems of a child’s temperament.  Also, with a diagnosis one can better seek treatment although the roadmap is not always as clear as parents (and professionals) might like.” Several factors effect a person’s ability to cope. Counselling, stability, social support, adaptability, individual temperament, knowledge, and positive attachment can all help an individual cope with a stressful or overwhelming situation. Confiding in close others and increasing open communication with your family are also important. Sara stressed the importance of having access to therapy:

“I wanted to be strong for my daughter but felt I wasn’t a good mother and needed a lot of help and counselling too…I couldn’t have helped my daughter if I didn’t understand what was going on with my own mental health. Counselling would have helped us all. The whole family was in need of it and while we did receive some group counselling but afterwards it was just my daughter and myself attending the weekly sessions. I think it helped but I also believe that more should have been done by the doctors to help our family cope.”

Above all, Sara advises parents to reach out for help if needed:

“There are a lot of resources made available to parents and families; do not be afraid to advocate for yourself because your mental health is just as important, even if sometimes as a parent it doesn’t feel that way to you.”

← Portrait of a Mother and Child
I Hope →