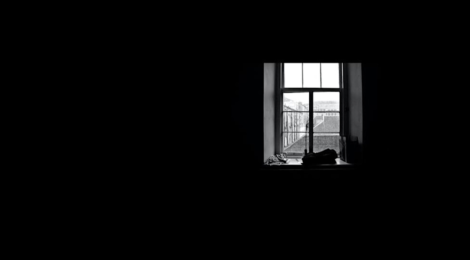 In his current body of work, Mark Gagne expresses depression, anxiety and isolation. What makes his artwork unique is that he has struggled with mental illness himself and his illustrations represent his journey. After battling with depression, his work will often carry the theme of finding the light in the darkness. Among many of his albums, he shares ‘No Sleep’ which captures the most sanctuary place in the house, the bedroom.

When asked about how the idea of adding creatures to his photos came to him, Gagne shares with the TMHR:

“Before changing my focus to illustrating, I was primarily a photographer and drawn in particular to abandoned locations and natural decay. My dark, otherworldly, yet relatable creatures melded extremely well with the derelict locations I had photographed and instilled an existentialism to my work that was bubbling under the surface and was now more present. Part of this exploration also involved my own lifelong struggles with depression and anxiety, and working through those issues during a pandemic that has changed our modern world. Another facet of these images is showing my frustration and sadness about how humanity has treated and bastardized the natural world. We’ve essentially reached the point of no return in the damage we’ve caused, and I fear for what the future holds for my children. The large tree-like creatures in my work, which I’ve called “The Guardians”, embody those feelings and I’ve attempted to convey power, sadness, and also judgement with these beings. In our hubris we believe this planet belongs to us. What if an ancient, sentient species were to re-awaken and see what we’ve done to the world? Given the response I’ve had with this art series, it seems I’ve struck a chord and have received countless messages and comments about how the work has connected on such a deep level. Whether it be mental health or the natural environment, I’m gratified that so many are finding meaning in my work.” ← E9: Intimacy and Dating During the Pandemic
When Doing Counselling with Survivors of Trauma and Near-Death Experiences →