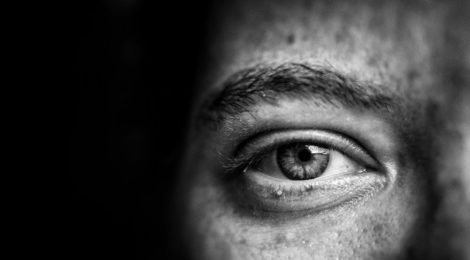 My husband is a police officer. His profession invites conversation from others in a way that few jobs do, from friends and family asking him to share stories to calling him out-of-the-blue to see what can be done about a speeding ticket.

The stress on spouses is real, including perpetual worry every police officer’s partner or family feels. Having personally known other spouses who received “the call” – a summoning to your injured mate’s side, or worse, to their body – I am always cognizant of the fact that sometimes a routine call can become a close brush with death.

Not surprisingly, post-traumatic stress disorder, or PTSD, amongst officers is high. However, Shelley Rhyno, who counsels police officers with Toronto and Peel Regional Police Services, cautions that simply being exposed to something overwhelmingly stressful does not automatically mean that people become traumatized. Rhyno states that it is important to build a team of clinicians who are qualified, trained, and responsible for the mental health of the officers. Expansion of programs such as psychological safeguarding, made available through Peel Police, are also needed. The program requires members of specialized bureaus to undergo yearly psychological wellness checks and connects them to psychologists.

Also emphasized is the need to provide officers and their families with tools to cope, including familiarizing officers with high stress experiences, psychoeducation on trauma and trauma response, and how to access support and resources for coping with trauma and stress.

Stress management looks different for everyone. There is some evidence to support the common media portrayal of an officer turning to alcohol to let off steam, which can develop into substance abuse issues.

With stress as part of the job, finding healthy coping mechanisms becomes paramount for first responders. Ensuring resources are easily available to the officers itself creates awareness that there are steps to psychological recovery.

Michael (named changed for anonymity), an officer with Peel Police, represents a newer generation of officers, those who are more aware of the need for processing their experiences if one is unable to cope. He shares his experience as a first responder and describes the process in place for officers after facing a difficult call:

“Realizing that what is happening in front of you is very tough. You move on to the acceptance phase and then the coping phase, which usually entails debriefs with another officer who attended the call. If serious enough, organizational wellness conducts a roundtable discussion to cover how we felt at the call and post-call. If it still bothers you, you then use an exterior support system., i.e. counselling.” It is also important to keep in mind that every police officer is different. Rhyno comments:

“We see a person in a uniform and we often forget that underneath, there is a complete individual with a mind, emotions, and a life beyond the job, much like the rest of us.”

Continuous reassessment and higher admission standards into the force are also important so that only those who are best equipped to engage with the community are accepted. With failures in police accountability, there are now alternatives to police in frontline response.