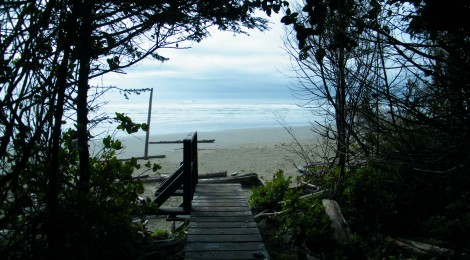 Out of the Darkness

“Out of the Darkness” is one of the many written pieces featured in a book called FASCInATE – Friends of Alma St Centre Inspiring Action Towards Equity. This specific story is written by Mary Jane, who walks readers through her experience with childhood sexual abuse and a lifetime of self-harm that came with her feelings of guilt and shame.

Out of the Darkness
By Mary-Jane

The word self-harm is frightening to some people.

My journey began at the age of 8 on New Years Eve 1958. I was sexually abused by a family member. How could a child so young explain to her parents that someone they trust had sexually abused their daughter? At the time I didn’t know what sexual abuse was. All I knew was that I was scared.

The next morning I told my parents that my uncle had touched me. I was shocked when they did not believe me. “Don’t tell lies,” were my mother’s words. I was devastated. I remember going into the bathroom that morning where, sitting on the sink, was my father’s razor. My mind went blank as I picked it up and started cutting into my hand.

I felt no pain, just relief from the hurt and the guilt of what had happened to me. I then went into my shell. I would not communicate with my family or friends.

My mother contacted her sister in Boston. I had no say and the decision was made for me. Within a matter of weeks I was on a plane from Scotland to Boston. During my six-month stay I was still self-harming. When I returned home nothing had changed and my family still avoided the matter of my abuse.

In June 1963 we came to Australia. I was 13 and still self-harming. This went on for many years, along with the feeling of being unloved and lonely. I had no control over my feelings and my hate for the man who took away my childhood

At the age of 21 I married and we made our home in Perth. I felt free. Though my husband knew about the sexual abuse, I only told him of the self-harming 10 years ago. And I am pleased to say he was very understanding. After 37 years of marriage we are still together.

I stopped cutting myself at the end of 2008. Even though I still have thoughts of self-harming, I decided I could no longer treat my body like a cutting board. After I finally got out my anger and hate towards my parents, I knew it was time to let go.   I thought a lot about others who self-harm due to abuse. In 2005 I took on the task of finding ways to help other self-harmers, and by doing a lot of research I decided I want to make a difference.

So in October 2007 the Self Harm Support Group was founded. I contacted the local newspaper and they offered to tell my story. With the help of a few friends our first meeting was held at the Church of the Good Shepherd in Balga. It started with a tea and coffee night.

I put the question to those who attended, is there a need for a self harm support group? I was overwhelmed by the response.

Each week those who need support come to meetings and tell their story and talk of the fear bottled up inside. Many look for answers as how to deal with the horror. I am pleased to say that some have not cut in over a year and that they look forward to our time together.

Remember, you are not alone.

← Children Born of Rape Face a Painful Legacy
Depression, The Secret we Share →