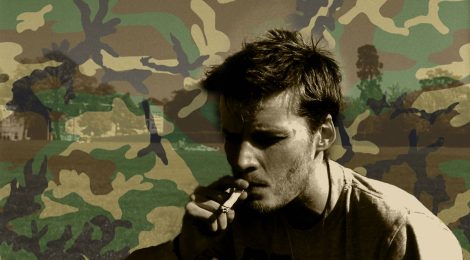 On October 1st, 2016, a Canadian medical marijuana company called Marijuana for Trauma opened a location in Edmonton, Alberta to treat PTSD in military veterans. It’s owned and operated by Fabian Henry, who uses marijuana to treat combat-related PTSD, resulting from his second tour of duty in Afghanistan. He claims that conventional medicine does not allow people struggling with PTSD to process their trauma, while marijuana does.

The Washington Post reports that therapeutic use of marijuana was banned in the U.S. in 1970, and marijuana is still categorized as an illicit drug despite its potential medicinal benefits. Given its controversial nature and association with stereotypes, cannabis research for treatment of mental disorders has been limited. But scientific interest is intensifying.

A recent study published in Molecular Psychiatry showed that treatment using particular compounds found in marijuana may benefit those with PTSD, and that “…plant-derived cannabinoids [psychoactive chemicals] such as marijuana may possess some benefits in individuals with PTSD by helping relieve haunting nightmares and other symptoms of PTSD.”

Research published in Science Daily also looked at symptom reduction in patients with PTSD. As a result of taking medical marijuana, participants reported a decrease in re-experiencing the trauma, less avoidance of situations that reminded them of the trauma, and a decline in hyper-arousal. There is also anecdotal evidence. In an interview with the Trauma and Mental Health Report, Dianna Donnelly, a counselor and patient at the Canadian Cannabis Clinics, described her experience:

“I am a patient who legally uses cannabis for depression. The cannabis helps mute or lower my negative chatter, which allows for good thoughts and feelings to arise. One Veteran, a friend of mine, who recently started using marijuana instead of prescription medication for PTSD, said that with the cannabis, he can feel his emotions, and experience them properly and safely. Before, he just felt numb.”

Medical marijuana is not usually used on its own for the treatment of PTSD. Shelley Franklin, the Veteran Program Coordinator for the Canadian Cannabis Clinics, explained that: Conversely, former Canadian Member of Parliament Peter Stoffer believes that soldiers have too much access to medical marijuana. Although not opposed to the use of medical marijuana in certain cases, Stoffer believes that current legislation, which compensates veterans for up to 10 grams of cannabis per day, promotes overuse and could potentially lead to negative effects. In an interview with the CBC, Stoffer said:

“Ten grams a day is an awful lot of marijuana to give one person. It is an incredible amount. That’s simply not the way to go. You’re not helping that person at all. You’re not giving them any chance of recovery. All you’re really doing is masking the pain that they’re suffering.”

The research is still in its infancy and likely to explode in the near future, as the Canadian government prepares to remove restrictions on marijuana in 2017. This movement will make it much easier for researchers to study the effects cannabis has on psychological disorders and to form conclusions on its efficacy.

As for Fabian Henry and his cannabis dispensary Marijuana for Trauma, he continues to work with physicians to tailor the amounts dispensed to individuals, and has no plans himself to stop using the drug.