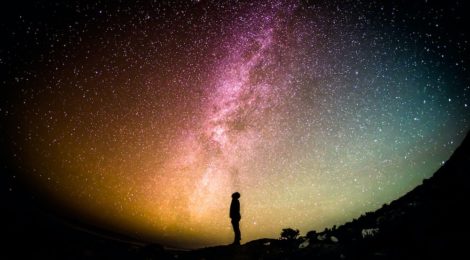 The Potential to Heal Through Breathwork

Although the term breathwork is relatively new, the practice of controlled breathing to improve mental health is ancient. Yogic breathing, or pranayama, was the first doctrine to build a theory around respiratory control. It includes various forms of breath control which help to withdraw one’s senses from the outside world. Drawing from Eastern practices like yoga and Tai Chi while incorporating Western psychotherapy techniques, modern breathwork practices range in intensity and application.

Breathwork practices use simple controlled breathing patterns, which involve slowing down the breath and extending exhalations beyond the length of inhalations. Regulating the flow of breath can slow the mind and help with focusing on the present.

Psychological research has shown breathing practices to be an effective intervention for reducing anxiety and stress. Respiratory techniques have been found to reduce anxiety, especially for people with phobias, depression, and post-traumatic stress disorder. Experiencing the full capacity of breath, or “diaphragmatic breathing,” is thought to stimulate the vagus nerve and activate the parasympathetic nervous system, which signals rest and relaxation. These breathing techniques appear to shift the autonomic nervous system away from an overly excited state.

An advanced breathwork technique called Holotropic Breathwork, involves a process of deep, quickened breathing, conducted with professional supports in place. This technique aims to evoke altered states of consciousness, which some describe as ‘vivid dreams’.

Whitney describes using breath as a powerful tool, explaining that by using different breathing patterns or rhythms, we can bring ourselves into different states: However, some worry the practice may not be so safe. Extended periods of hyperventilation may be damaging to the body, especially to the brain. This may lead to physical sensations such as tingling of the fingers and mouth, as well as lightheadedness and dizziness.

Due to potential safety concerns, some may want to avoid Holotropic Breathwork. For example, it is not recommended for anybody with a history of cardiovascular disease, high blood pressure, or heart problems. And pregnancy may also be a contra-indication.

Bringing awareness and intention to the act of breathing can serve as an effective training technique for the mind and body to help manage stress. While there is potential for breathing practices to reduce the negative consequences of stress in healthy adults, the specific benefits of breathwork remain largely unknown. For many, however, these techniques are calming, encourage introspection, and are a breath of fresh air during stressful times.