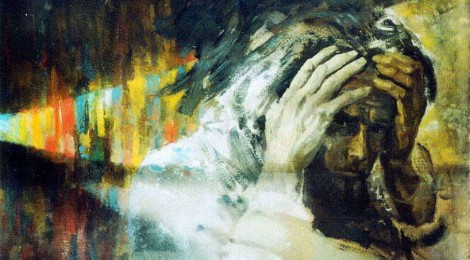 When a Loved One Attempts Suicide

About two years ago, I personally came face to face with the suicide attempt of my best friend, Bella.  Distraught, she had called to tell me she loved me and that I was the best thing that ever happened to her.  I listened to her cry for a few minutes until she suddenly disconnected.  I was immediately filled with a sense of fear and dread.

Soon in my car breaking the speed limit, I was yet unaware how my life was about to change.

Bella suffered from clinical depression and although she kept it a secret from most, I was well aware of her struggles.  She had two kinds of days:  bad and terrible.  Her boyfriend had just broken up with her, which sent her into a tailspin.  She was in an inescapable depressive state, filled with thoughts of suicide.

Many parents who experience such episodes with their children are plagued with mixed emotions of self-blame, anger, shock, and grief.  They often feel powerless, not knowing how to help their children, and the threat of losing them is ever present.  Bella’s parents were no different.  They were emotionally exhausted and needed a break.  When I got to Bella’s house I told her parents that I would stay with her for a couple of hours.

We watched TV in silence, and soon Bella looked toward me decidedly, as if she had finally settled on a course of action.  She told me she had to go to the washroom downstairs. Minutes passed and she had not returned.  An overwhelming anxiety came over me, I had to check on her.  As I walked down the stairs –my heart beating rapidly and my mind venturing to the unthinkable– I saw her.  Face blue, eyes red.  She was attempting to strangle herself with a rope she had found in the basement.

Although sparse, research on the effects of witnessing a peer’s suicide attempt shows that the event can have a strong impact on the witness.  Individuals may develop varying degrees of post-traumatic stress disorder (or PTSD) or other anxiety disorders.  Experiencing powerful and recurrent memories of the event and avoiding situations that may remind one of the trauma, create a cycle of negative thoughts and emotions that can make treatment challenging.

According to clinical psychologist, Daniel Hoover of Baylor College of Medicine, anyone in direct contact with a suicide attempt should seek out treatment following the event (which doesn’t necessarily have to be one-on-one counseling to be effective).

When I saw Bella trying to kill herself, I immediately rushed over, removed the rope and hugged her.  She cried, gasping for air, furiously yelling at me for stopping her.

For a long time afterward, this image of Bella was embedded in my mind.

And I felt profoundly guilty after the incident:  If I had not let Bella leave my sight, she might not have attempted suicide.  This thought often came to mind.  A vicious cycle of uncertainty plagued my daily activities.  I was holding myself accountable for actions that were ultimately out of my control.

I kept her suicide attempt a secret from everyone in my life.  I didn’t want to hurt her reputation or break her trust, and I became tormented by the trauma, but I couldn’t confide in family or friends for fear of having to explain Bella’s story.  For the first time in my life, I felt utterly alone. Brian L. Mishara, author of The Impact of Suicide, suggests that telephone support programs can reduce the emotional burden on family and friends.  Counselors build a relationship with their client and provide information on healthy coping strategies and useful resources –all over the telephone.  Counseling calls tend to continue weekly over a period of time until the person feels comfortable coping with their traumatic experience.

Although challenging, recovery is possible.  Two years later, I’m doing much better.  For one thing, I needed to realize that Bella’s suicide attempt was not my fault.  You can only do so much to help a loved one when they are suffering from suicidal thoughts.  We want to protect our friends and family members, but we also need to protect ourselves.

And, suffering alone doesn’t work.  Withholding your thoughts after a traumatic event can compromise your physical, emotional, and psychological health.

Coping with a loved one’s suicide attempt is not easy.  Finding someone you trust and expressing your thoughts is helpful.  It’s much easier to cope when you have a trusted ally by your side.

← Explaining Depression
After All →